In ancient Greek mythology, the Chimera was a three-headed monster with the heads of a lion, a goat and a snake attached to different parts of the body. We also find this fantastical improbability in the word chimera, which refers to something illusory, even a fantasy. But when botanists refer to chimera, the word gains a real purpose: a plant in which two genetically different tissues have grown together. Karin Törnell’s sculptures can sometimes be perceived as unexpected compositions of different parts, and still as new units, new existences if you will. The viewer may be reminded of mechanical components that have been joined together. Or of small organisms or plant parts with uncertain proportions. But she is not looking to fascinate the viewer with original oddities; rather, she seeks out mutuality and a sense of sharing.
 
He thought that each individual item gave off thin, visible
 membranes from the surface layer, constantly. Sensory impressions and the surface layer are
 essential for Karin Törnell, but the visible is not, as it is with Lucretius, separate from the solid body. She never adds color; the outside is not an opaque facade. When she talks about color as a “tone” that must be in harmony with the whole, she uses a word that generally refers to both color and  music, to the eye and the ear. Color, she says as well, is one of the tones in a scale. How should we approach tonality in her sculptures? Perhaps – expanded – as phrasing, accent, movement or  counterpoint, something dancing, in tension with gravity. Something that gives weight to delicacy  and lightness to weight.
 
It is true that she brings into the world something that has not existed before, but it will prove to be a reunion – for her, the composite exists specifically in the familiar. And if the viewer has a sense of being turned upside down and inside out, this inclusion lies in the actual casting process, where positive and negative forms cross through one another’s boundaries. The reversal is part of the origin story of the objects. The circle is a shape with a connection to arithmetic and geometry. In arithmetic, it is the symbol for nothing and for a number’s multiplication by ten, and in geometry, a circumference which can be drawn with a compass. Another such shape is the straight line, which can be seen as a vector, suitable for the physicist to calculate direction and size. The circle is also a loop of sewing thread and rope, a tiltyard and the annual cycle, the continuation of everything, which returns to itself.

The straight line is the tower and javelin, the road and the descent. Both are imbued with male and female iconography. But what happens when Karin Törnell joins the circle and line together in a hanging shape that actually shirks such decoding? The line and circle meet at a crossroads, in a Y that both separates and unites, eternally. But above all, both the material and the fixed interpretations break down here; the force of gravity acts as if the immovable hardness were a resilient, flexible resin – here, there is a swelling as if with blood, a sign of vitality; the light spills in and throws the abstractions aside. The sculpture contains a smile, an elegance and a sense of relaxation, a friendly reminder that the impossible is possible. Certainly glass cannot do that? But it does.
‍
Karin Törnell prefers to name her sculptures after the exhibition in which they are shown, each furnished with a number. And to allow the individual works to avoid definitive names while simultaneously preserving the connection to the time and space of the exhibition in which they are first shown. With this approach, a trace of the first appearance is preserved, but nothing more. From the very beginning, the sculptures are on a path away from the stamp that a name entails. It is up to the viewer to respond, perhaps with recognition. I have seen this before, and I remember.
‍
Magnus Florin
Author, culture writer and playwright at the Royal Dramatic Theater.
His latest novel is Förföljarna [The Followers] (Albert Bonniers Förlag, 2017) 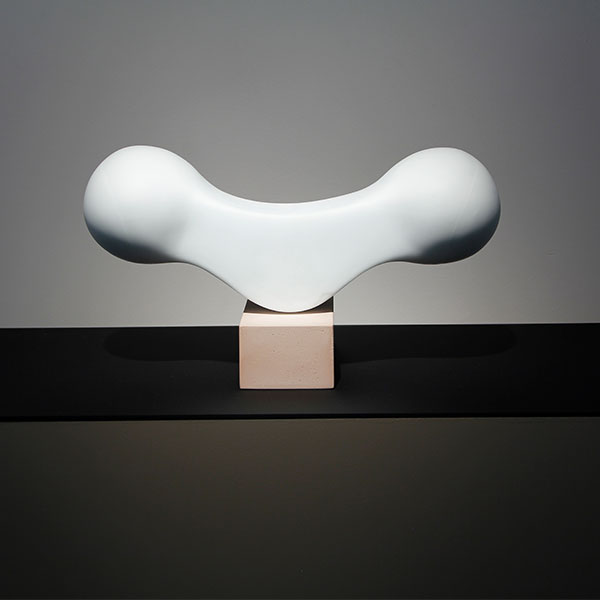 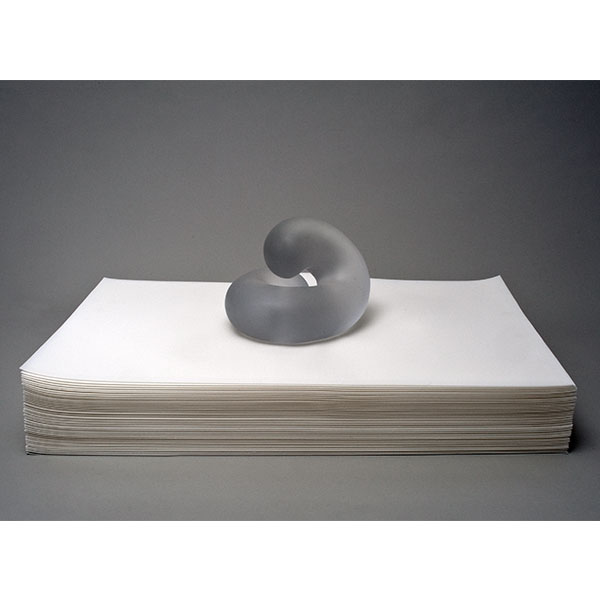 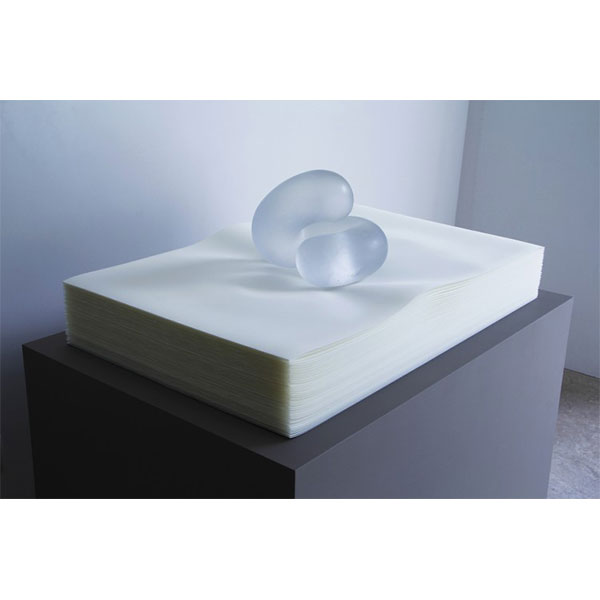 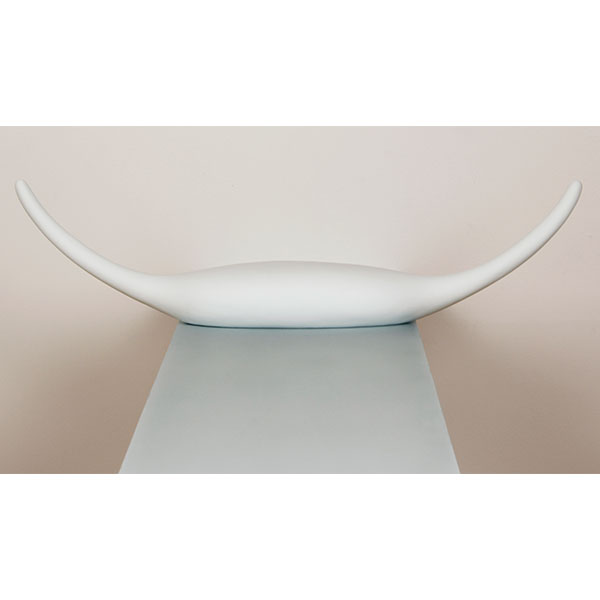 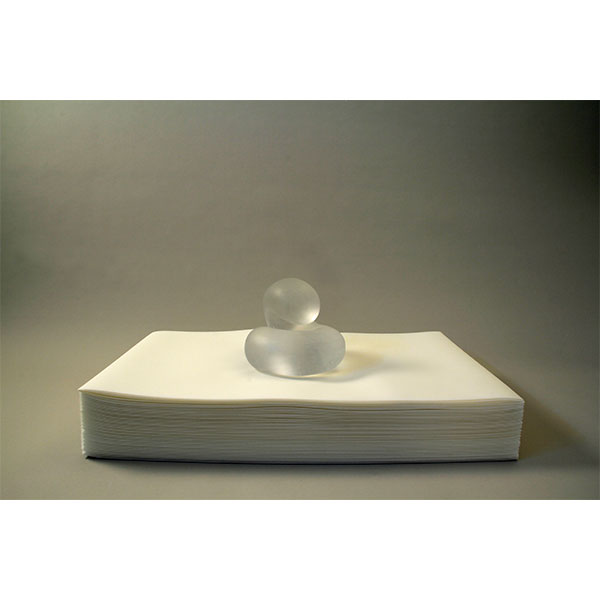 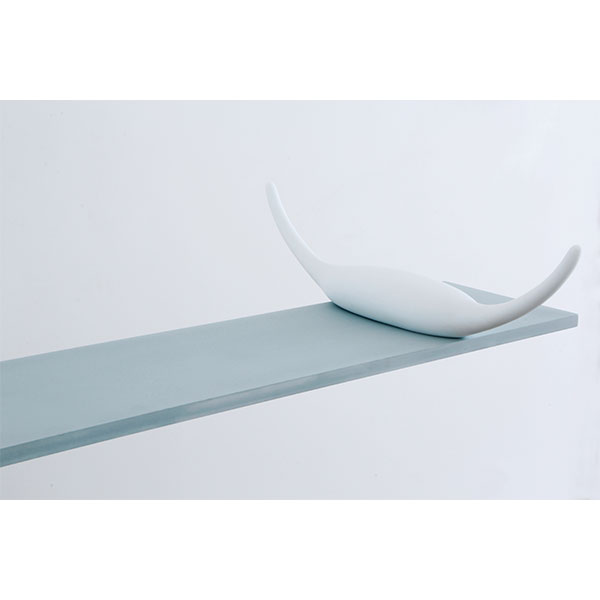 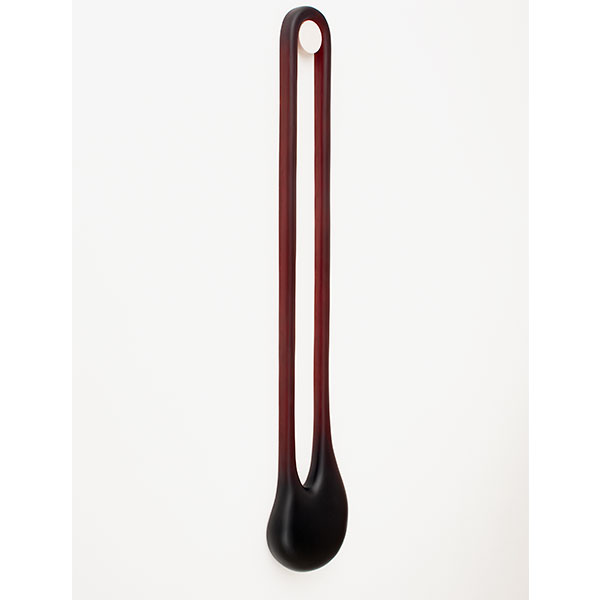 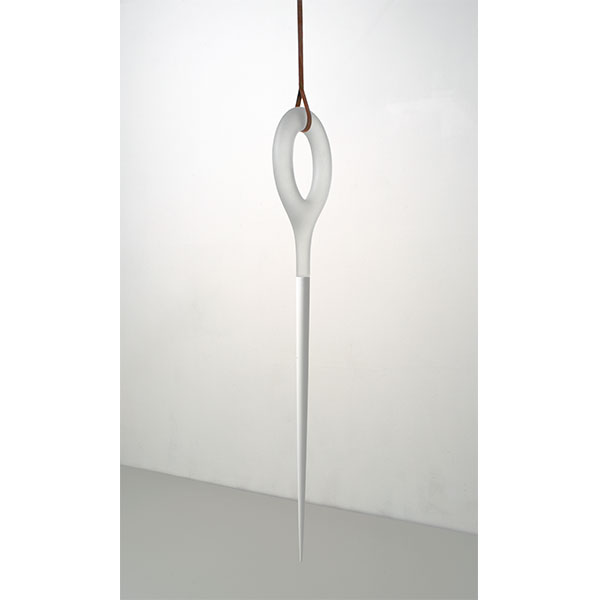 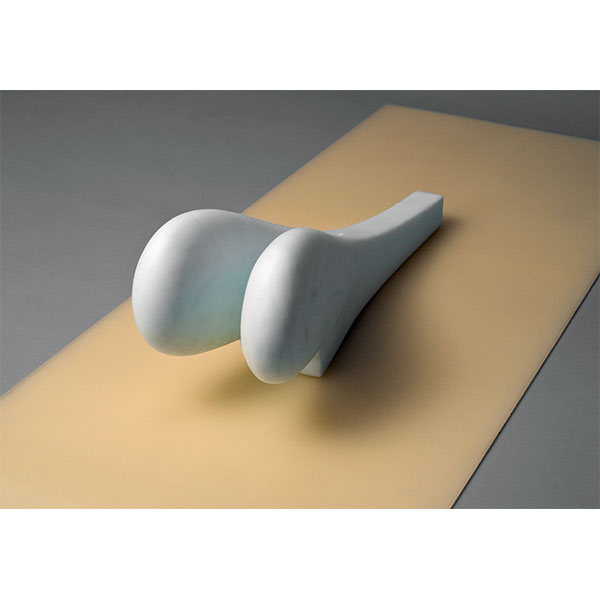 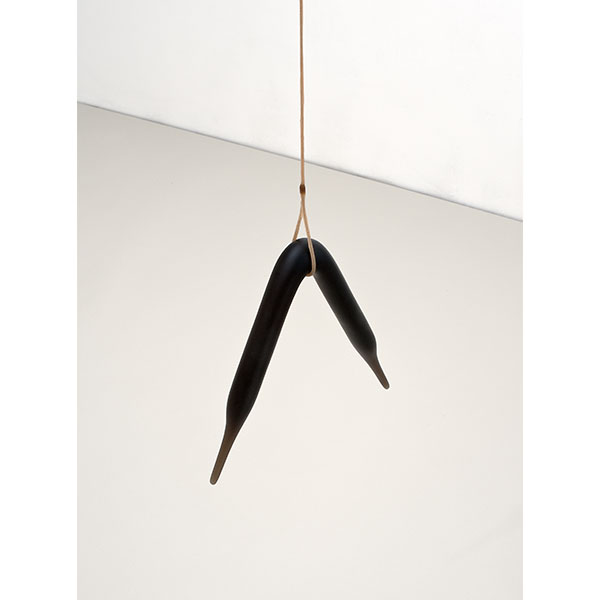 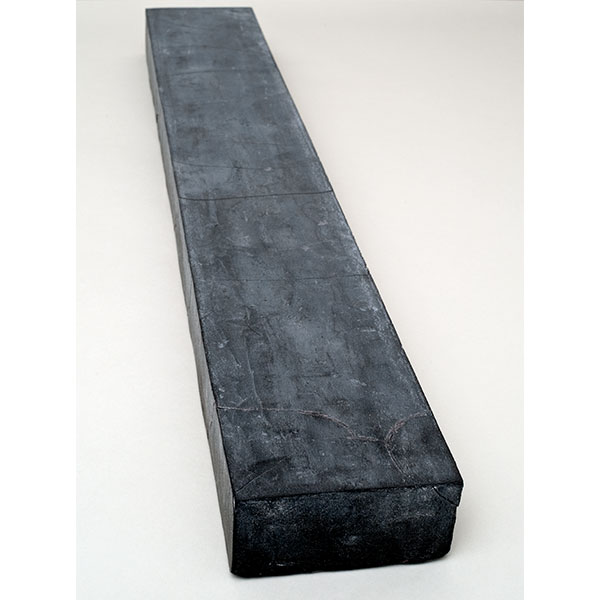 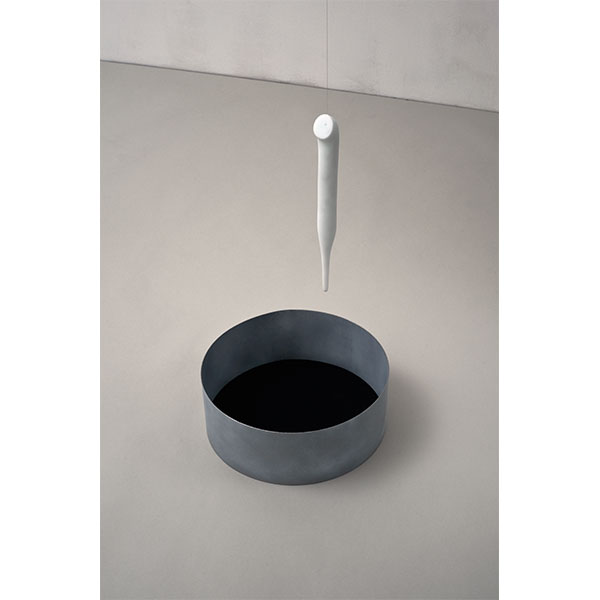 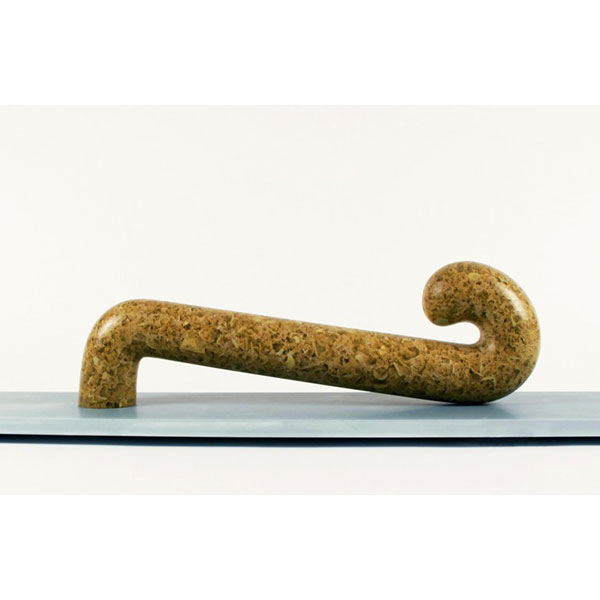 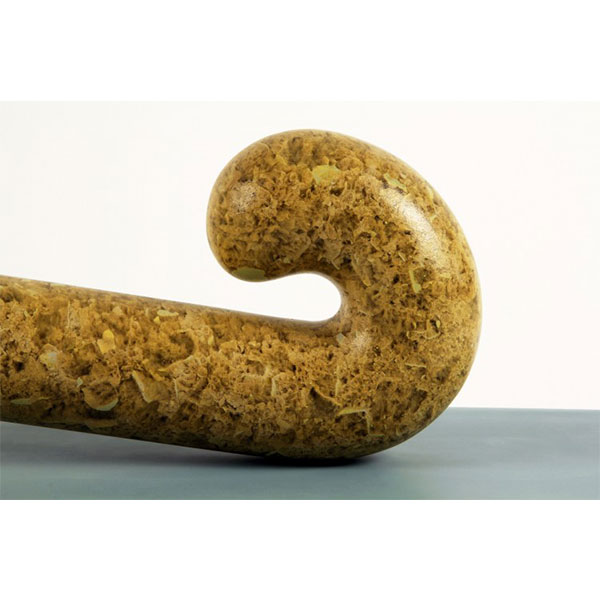 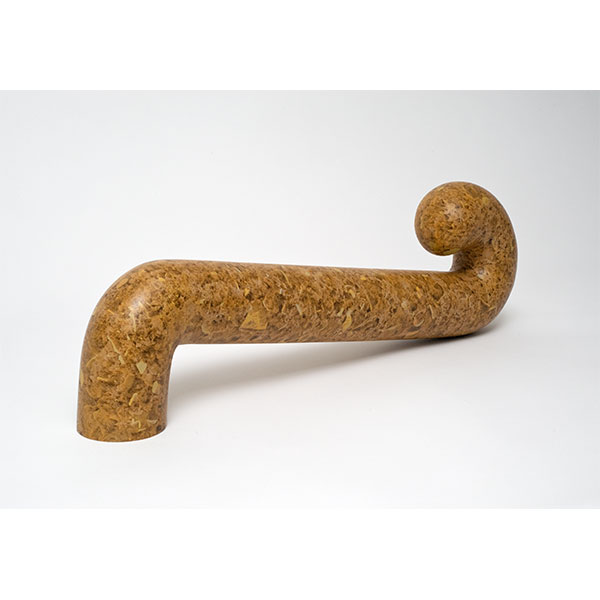 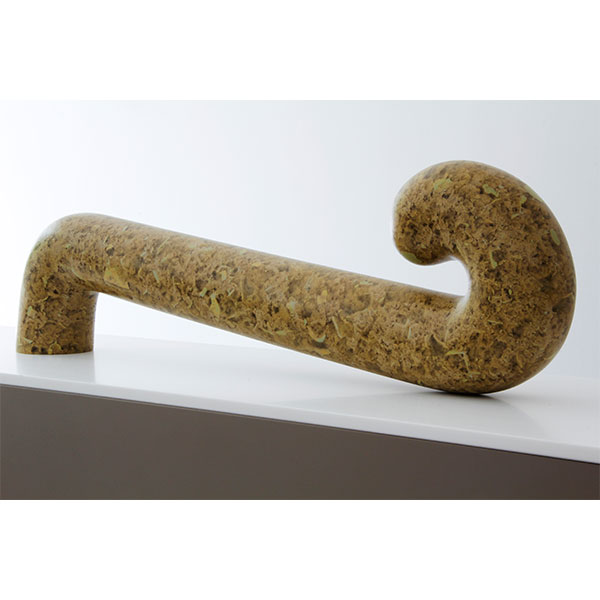 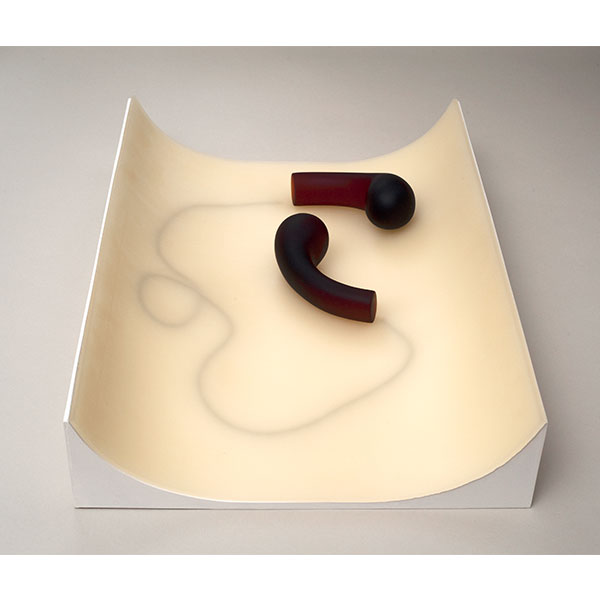 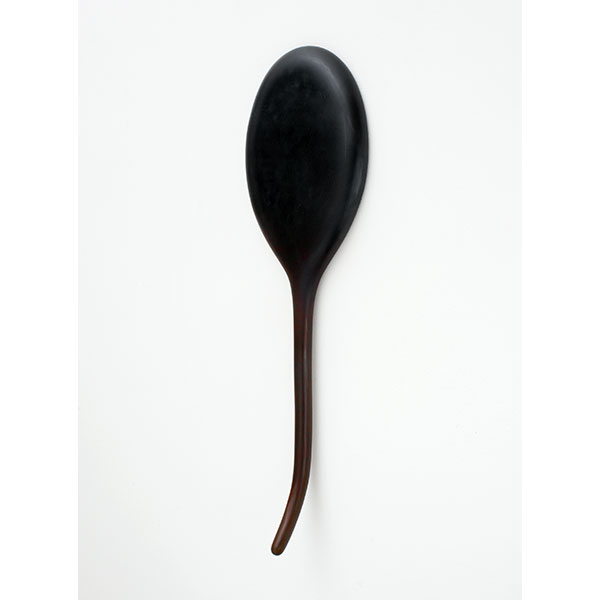 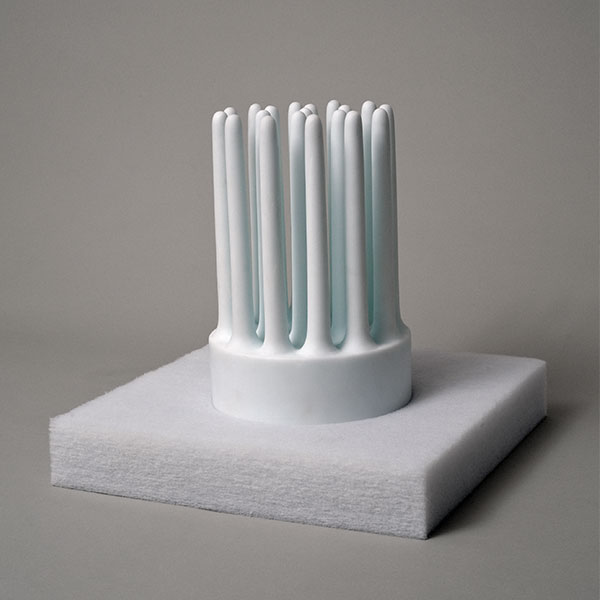 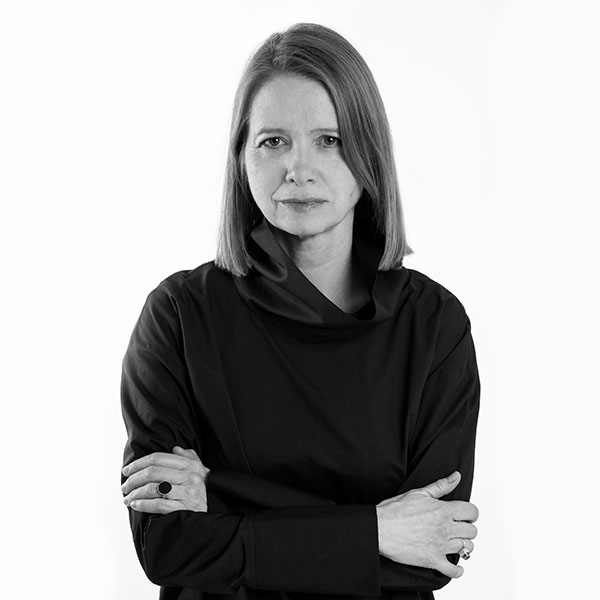