Thoughts that are thought more than onceachieve the form of vials, urns, bubbles. They are like intestines, sexualattributes, foetuses. The thought retains the thought of itself. Surfacetension.

Indeed! Glass is, in a sense, a form ofsurface tension. A kind of focus. A “container”.

The two artists (Tone, Kuang) in the room.Imagining that I could be their interpreter. An intermediary. Autocraticdreams. Though I fool myself, looking for words like facilitator.

The anxiety that oscillates between thespecific and the general. What is my own role? A third part? A connector? Andin that case, someone who can force, claim and destroy.

The worst thing that can happen is that thetext is completed when it is intended to remain incomplete. I want the text topresent proposals, both square and open-minded.

Glass is seduction and opposition. One istempted to get closer. To touch. Glass is a tactile metaphor. Its fragility is theaggression that comes from being observed.

The glass that is material shaped into art.Reliance on the instant. (Expertise.) A crack, a flake, a “chip”, and trust(enchantment?) is broken. Is it that simple? I wonder. (Perfection makes methink of classical ballet, of dressage). Well, OK, it is a matter of intention.The meaning. But can meanings be exchanged? Rethought? (In the text: an overlyconfused notion, a series of vague images and the reader will give up.)

They are so different, Tone and Kuang. InitiallyI think only of this. That it is a good thing that they are opposites. Thatthey face each other independently. I mix up work and person. Then it becomesimpossible to adhere to the opposite notion. They elide through their material.Something here is the “same”. It’s the path to here that separates them.

One of them is concerned with thoughts, theother with feelings. No. But the classifications separate them. What onereaches first, as an observer.

A man and a woman. (Is that important?) Oneis from Taiwan, one from Sweden. The difference in moving along the streetamong bodies and gazes. And to show their art in a room that is a sluice, ascreen, an exception.

One of them interested in a certain type ofequilibrism. The other of a vulnerability. But this vulnerability applies toboth of them. Glass as a speech balloon. (Thus riveted into the imagination).

Glass as a balancing act. (My concern forthe material. It is the same glass that one drinks from, the window that onelooks out through, looks at oneself in the mirror, caresses one’s smartphone.No one uses the term “oil paint” as a mantra.)

How does one give form to feelings? By physicallyshaping them. As a tutor in creative writing I talk about this all the time. UltimatelyI have no idea what this means. What is the opposite to this? Articulation?Blablabla. But ultimately everything merges into shape. Even if only asshadows.

Kuanghas blown glass in Denmark and studied glass techniques i. He talks aboutlittle bubbles, threads and patterns in the molten glass.

Patterns.I remember when I was a teenager hearing a guide explain about the secrecy surroundingglassmaking in Venice. That glass workers were forbidden from settling in othercountries. Money, prestige. The importance of the unique. Of a particularexpression or an impression. The guide talked about fires in Venice whicheventually led to glassmaking being banished to the islands of the lagoon. Isaw the flames reflected in the water. I thought of the lagoon made of glass.No, I did not. But…

I think of what all the shiny surfacesreflect. And the dizzyingly   existential and, perhaps, somewhat loftilypoetic fact that nothing is preserved on these surfaces. Momentary presence andthen loss. No, worthless. The loss creates a negative form. The memorylessnessis polished, unchanged. I note that I mix up the object with the observer. (Notfor the first time.)

Kuang tells me about his background.Questions concerning who has the right to narrate. He talks about his ownposition. Where he is situated in relation to the materials, skills, tradition.Where does this narrative end? In racism, as usual. No, it does not end there.But racism is there as a screen. A silent tone.

Kuang talks about King Fredrik IV ofDenmark and the gift he received from the city of Venice following his visitthere in 1709. Numerals glass items. How can one calculate the value of a giftlike that? What does it mean in terms of alliances, expectations? Thedemonstration of power. A covert bribe. Transactions that run like a constanttheme through history. Goods, bodies, alliances, connections. Actions.Transactions.

Fredrik was a real slacker. Ignorant,pleasure-seeking. Liked Italy. Thought that Venice was fine and festive. So muchfooling around on his part. So much time and knowledge, patience, prestige fromthe glassmakers. Glass objects. I wonder how they were packaged.  I want to see the scene where they wereremoved from their wooden crates or boxes. What sort of material was closest tothe surface? Straw? Cloth? What sort of aroma? A scent of the orient?Exoticism?

And which gaze can one use for observingthe gift today? How does one shift the eye, the person, giver, receiver. Dutyand virtue? Positions of power can shift, can be moved around in the material.Kuang can copy the collection that King Fredrik acquired. He can reduce it, canmake raw, cheap copies. (Copying, does that involve demonstrating skills at thesame time that one contradicts art? One way of grasping power?) He can surpassthe object by spending more time in executing it, more glass, more energy. Hecan force the old glass into a trap. Force it to kneel, in his thoughts. Art assymbolic action in uncomfortable and essential positions between reality andthought. (Or: between realities.)

Being a recognizable alien and thuspreconceived right from the start. And the self-healing, growing process inalways making for what is alien and recognizable.

We talk about history that is rewritten butthat the layers need to continue to be transparent. Look inwardly, backwards tounderstand. How something can change its meaning, be denuded, fall silent. Andyet be preserved in memory.

What can be read in a work that is notrealistic, over-explicit? How do the questions display themselves in theobjects? And what gives me the right to pass on the question. For it is to bepassed on. The danger: that it becomes a whispering game with distortedformulations. But that is how it always is: that something is mentioned andglides off from the central theme. One continue to probe until an encountertakes place.

Learning a way of seeing. And of unlearningoneself. Understanding is also a way of bearing a responsibility. (But whathappens when one puts comprehension aside? What does an experience mean? Icannot see without associating, beyond what is visible.)

I once wrote a poem that dealt with a shopwindow and the fact that I lived there in my capacity as my own representative.What was the poem about? Something about being a woman, being an artist, beingnailed to the outer gaze of oneself? The thought hollowed me out then. But not anymore.I can play by the window, play with the representation, the gender affiliation.

I return to Tone and Kuang. Their differentways of dealing with an issue. I circle round Tone’s way of coping with theglass and the proximity to expressions of emotion. This might be termedautofiction. (In point of fact she is dealing with distance. She keeps herfeeling alive by distancing it from herself. A proper distance? She does not blink. She scrutinizes.)

Made of glass. Suspect something behind thesurface of the glass. Wishing about or fear of being transparent.

Glass is not static. Neither solid norliquid. It moves through time. Fragile and eternal.

Nor is the eternal aspect static. I thinkof dance, of dancers. Of calmly bearing a promise of change.

Tone’s objects glide between realism andabstraction. A cautious game with intestines? Double receptacles. Parallelworlds. Or extra support of life, of space. Giving form to a memory that needsto be dealt with carefully. (An invocation?) A second chance.

My own obsession with extra spaces,storerooms and chambers. An opportunity or just an assurance of protection.

Every room is a shelter.

Two artistic expressions in the same room.Relating to each other. Getting on with each other, as the saying goes. Irecently shared a room for two days with some strangers. In the course of a fewhours we turned into a group. We sensed that we belonged together. We acceptedthe orders and rhythms. The bodies that slept so closely together yetseparately. It might be a mere detail or something self-evident. But it isn’t.It is experience that secures the footing.

Occupying the room. Preparing a place. Therespect that this requires (if it is not a competition, a war). Within the wordrespect lives an expectation. Not being precipitate. Rather dawdling at thethreshold.

In the artistic process: The differencebetween defending oneself and choosing. The difference between becomingfamiliar and wanting.

(Experimenting with empathy and a certainmeasure of indifference on the way there. A task that needs to be done.)

The similarity between art and love: theparticular, the specific that everyone still knows about. But also: The wildcorners. The dirt. The foolhardy risk-taking.

The American poet Louise Gluck writes: “Thelove of form is a love of endings”. (Ararat p. 66)

I dreamed that I received an object wrappedin fabric. It was to be preserved from generation to generation. I opened thetop cupboard in my kitchen. Stood on tiptoes and placed the gift there. I amhiding it in the cupboard, I remarked. But what came out of my mouth in mydream was: “I hide it in the language”. When I turned away the cupboard dooropened and the object fell out. Did it fall onto the floor? Did it break? Thedream froze the image. The object hovered, continued to hover between dream andwakefulness. Between being caught and falling. I could not understand what itwas that I could see. (A soap bubble, a lightbulb, an eye? A metaphor for athought? In which case whose? Mine?) But I discovered that it did not want tobe hidden in the language but, instead, be fully visible outside it. 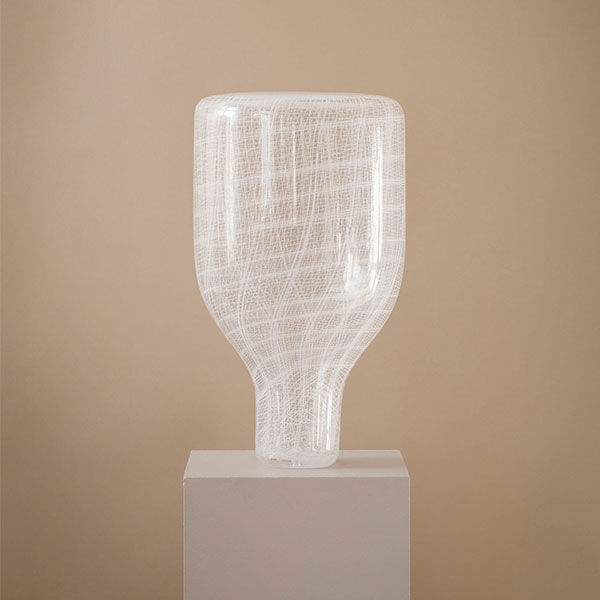 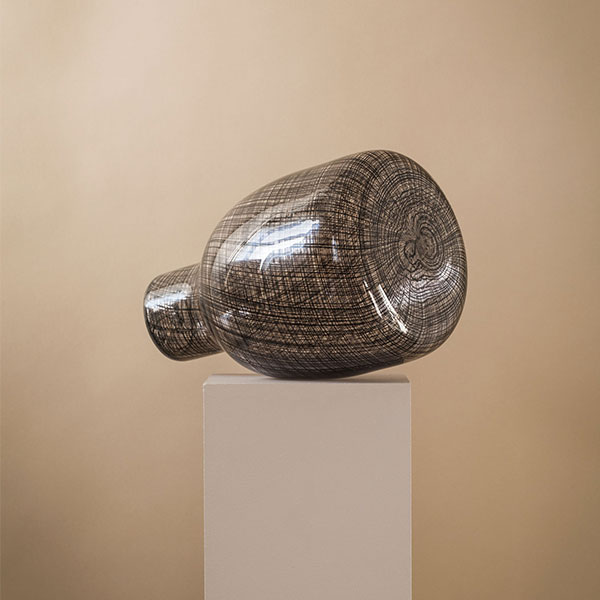 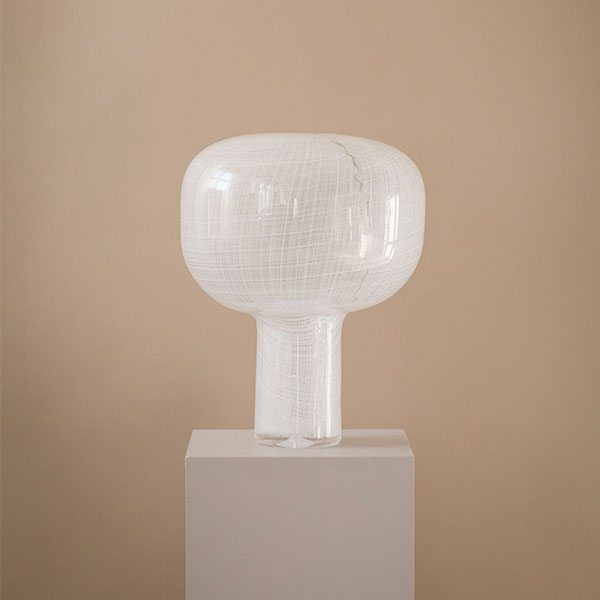 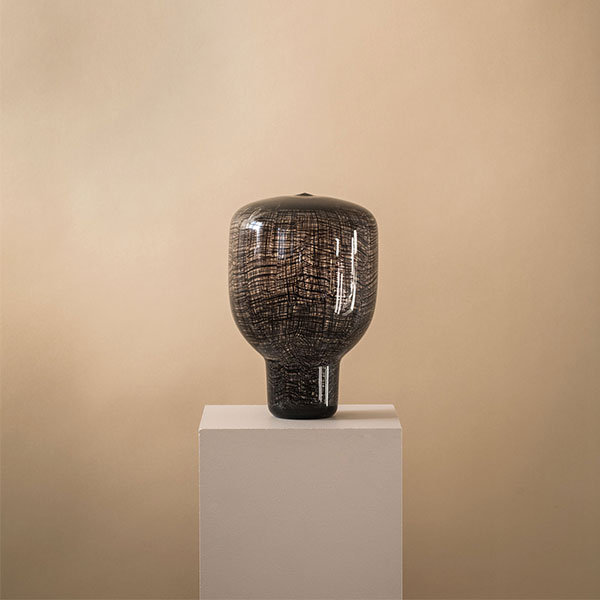 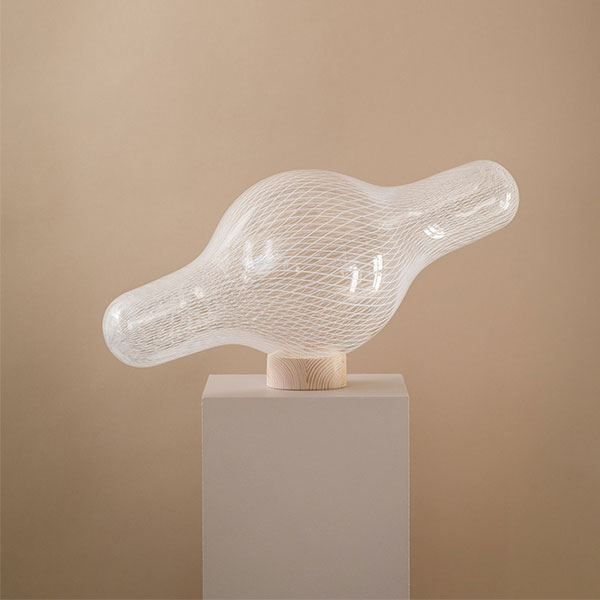 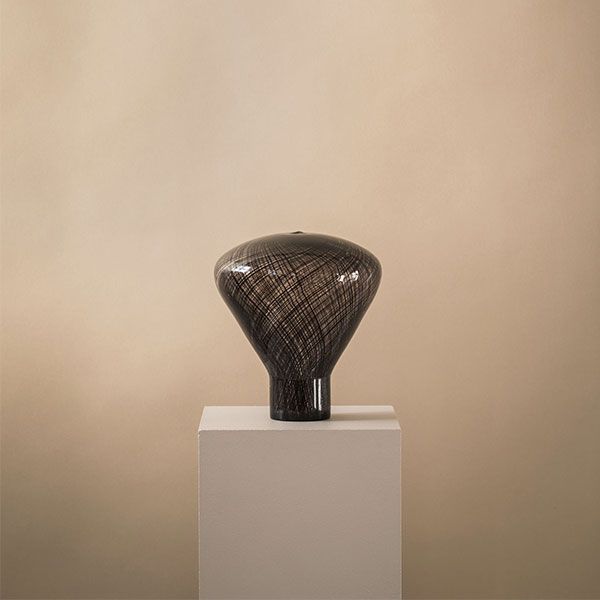 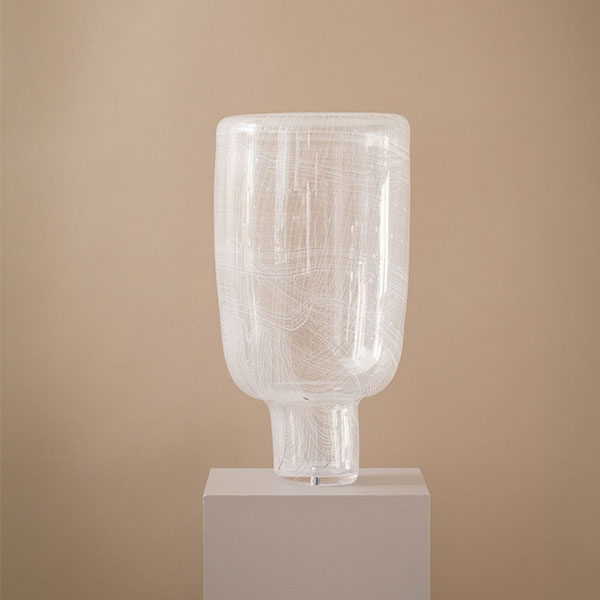 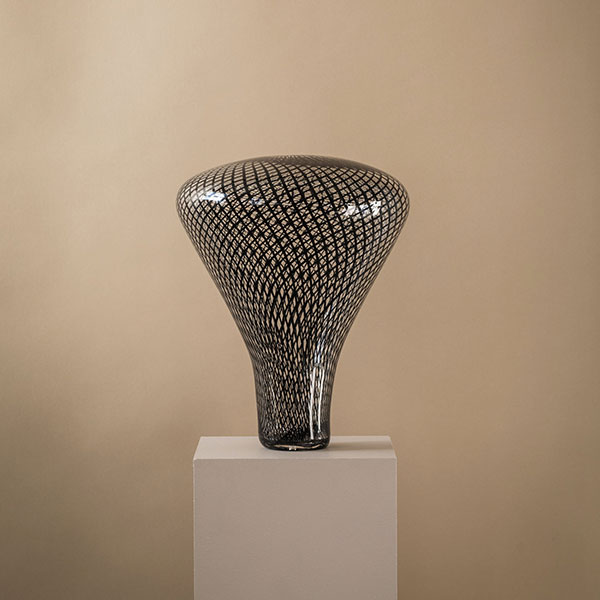 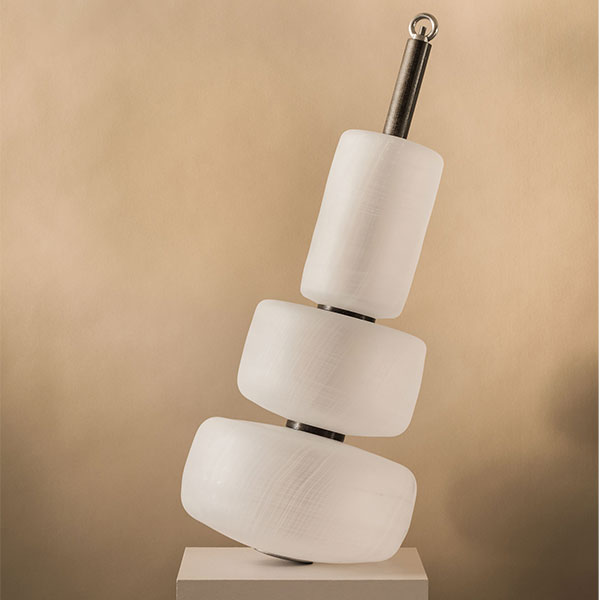 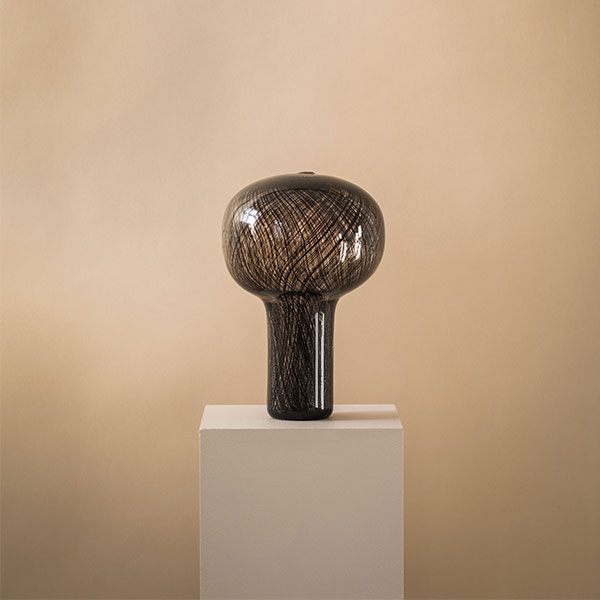 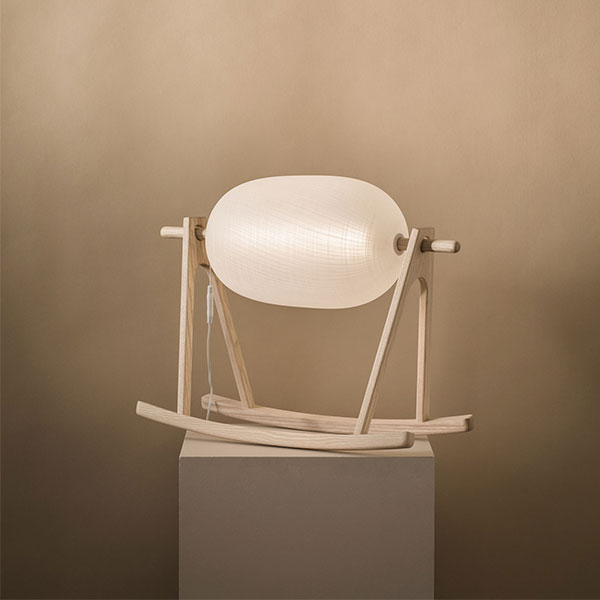 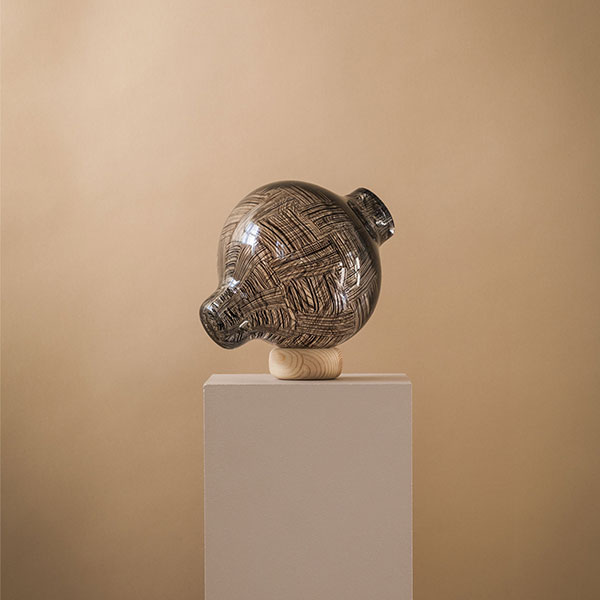 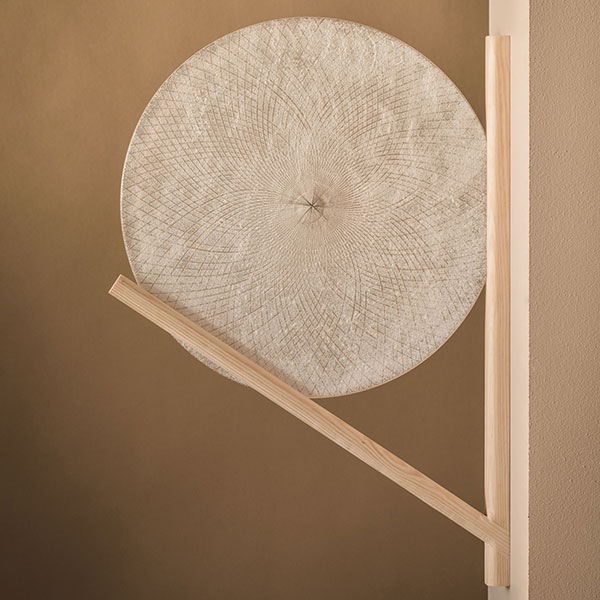 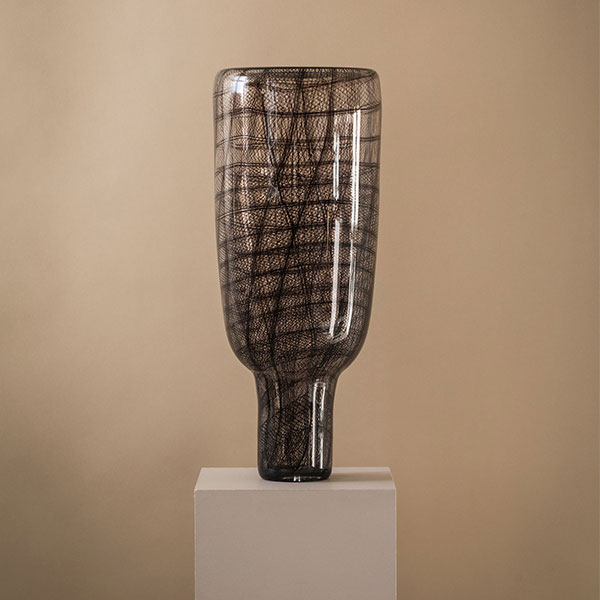 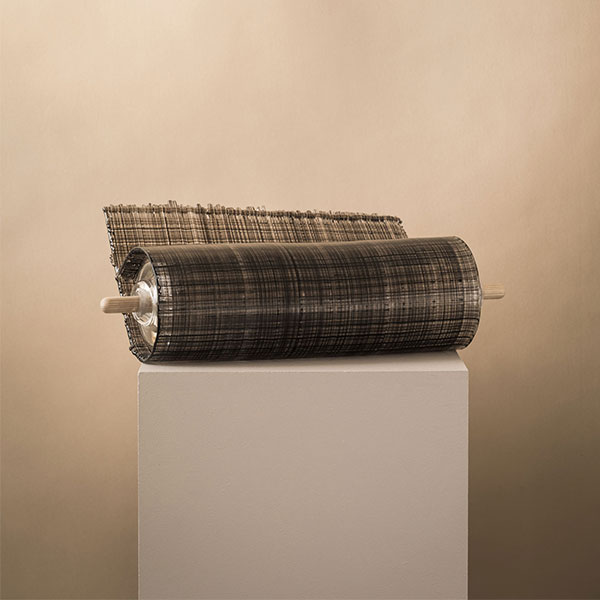 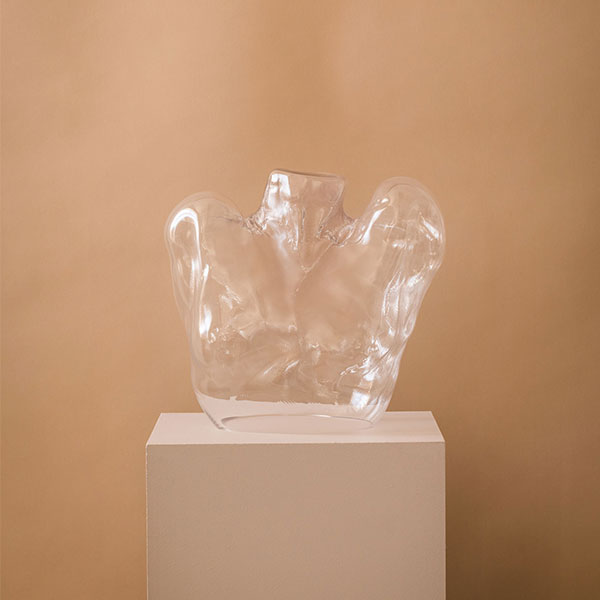 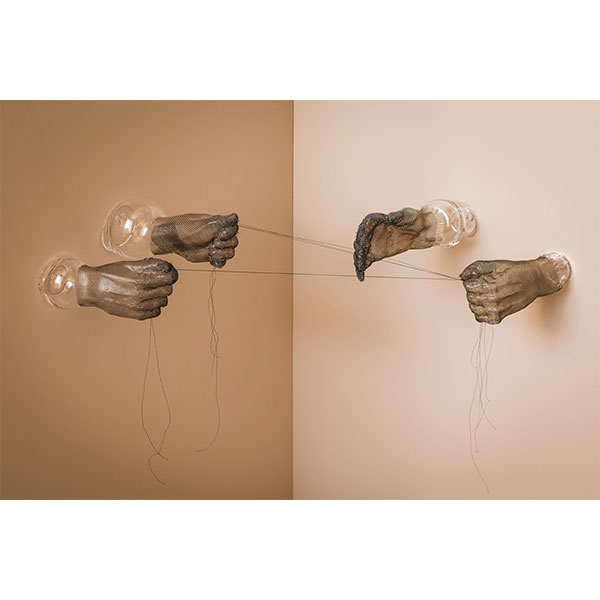 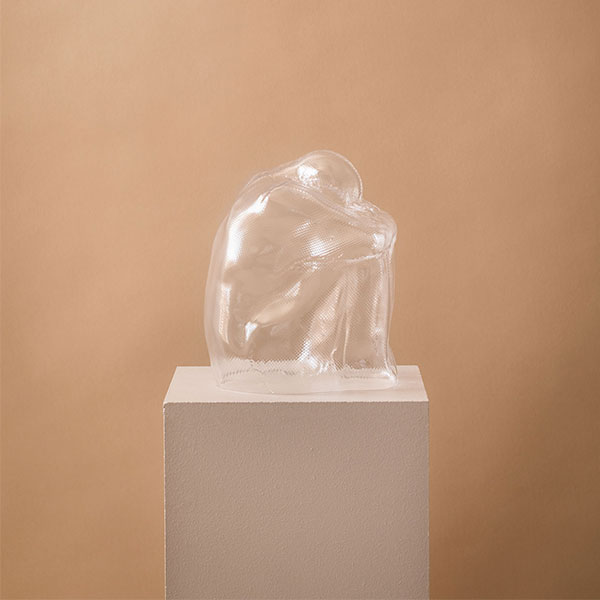 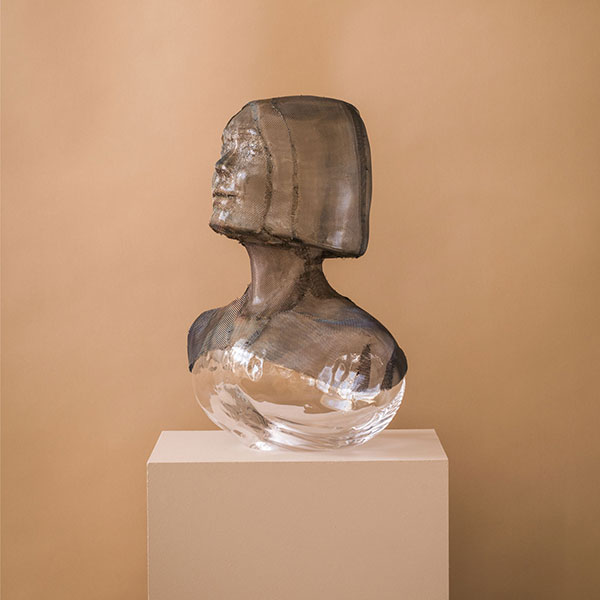 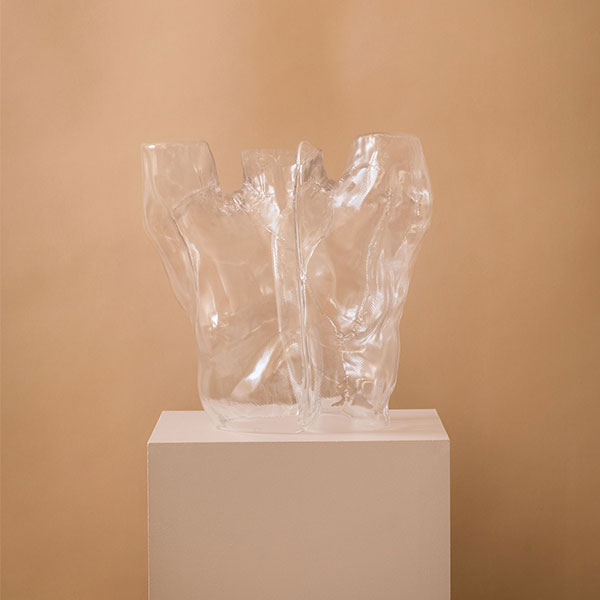 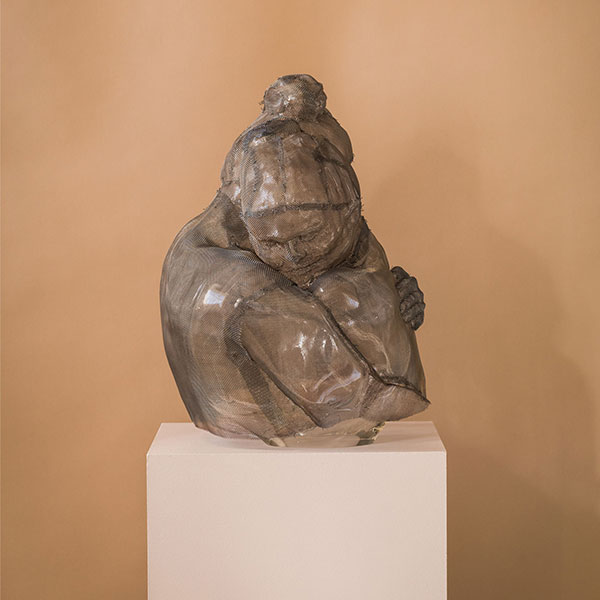 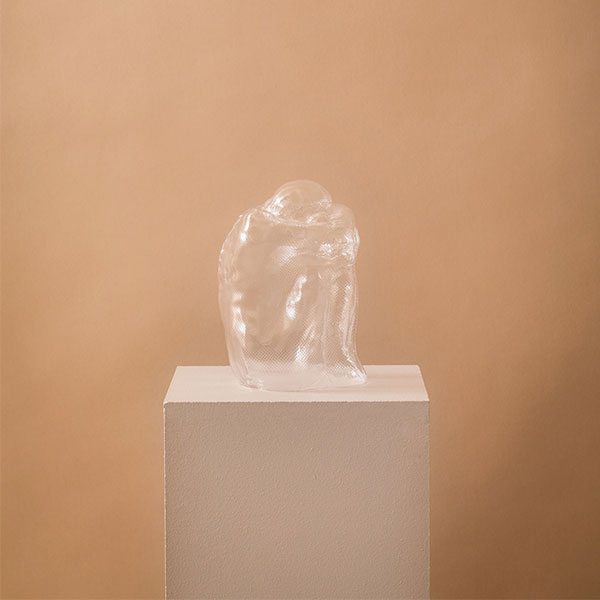 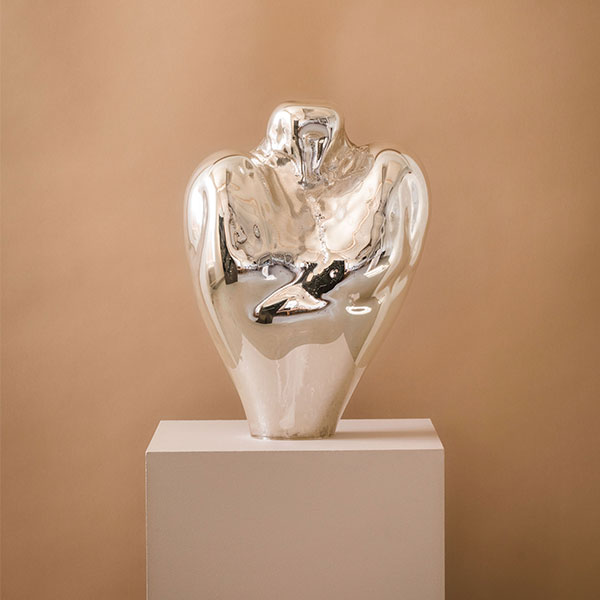 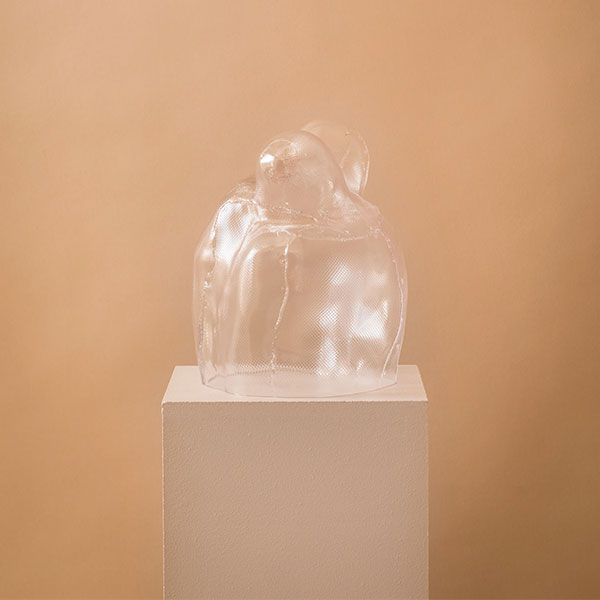 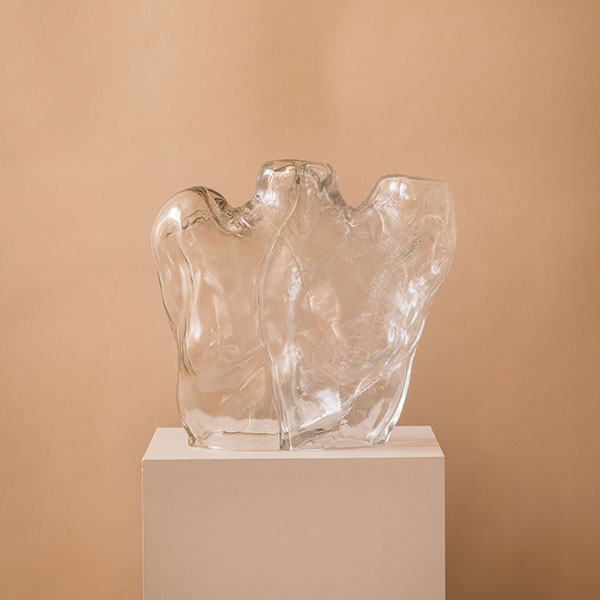 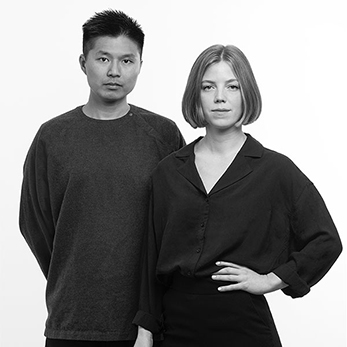