Glass has a manifest capacity for fascinating us; for seducing and for generating a special form of desire in us. What in the glassblower’s treatment becomes a glass object has its origins in various minerals. That these minerals, in collaboration with the glassblower’s breathing, gravitation and the choreography of the craft can result in objects of glass is undeniably something of a miracle and a material transformation that is well worth our fascination. The solidified state of the glass illustrates the frozen instant that, in some sense, gives us an insight into the transformative flow of geology that, at some stage, has solidified into the memory of an ancient movement. But these alluring characteristics have sometimes prevented the artistic development of glass. Something as appealing as this can readily cease at this point and, accordingly, fail to escape from its own innate beauty. This makes glass a problematic material for an artist and it reminds us of the importance of the artistic method as a necessary condition for taking us behind and beyond that which is easily accessible and that we meet at a first glance.

Kristin Larsson does not seek to avoid the alluring aspects of glass but consciously uses them to entice us into a speculative world in which we readily allow ourselves to be drawn into the narratives that her installations and objects convey. Sometimes these narratives have their origins in actual historical phenomena but at times they seem, rather, to muddy the actual vision in order to claim something absurd, perhaps pompous and… seductive. One can readily draw parallels to today’s media climate and political populism which dress up in empty, simplified and directly false messages, seductive costumes and pompous gestures. To work in this way, as Kristin Larsson does, with items that are enticing or seductive in themselves without fastening in superficial and clichéd narratives is no simple matter. It requires a fundamental understanding of the real potential of the craft which extends far beyond just acting as a method of producing beautiful objects.

This is something that Kristin Larsson, more than most, has developed during her lengthy practical experience which began when she was 15 and which has brought her to a variety of places including Sweden, the USA, Denmark and Austria and has led to a lengthy training including a master’s degree at Konstfack in Stockholm. Besides her profound knowledge and experience of the craft it requires artistic courage to look beyond the surface. Daring to go beyond the purely aesthetic aspect in order to research the glass from an historical and material-based context.

Kristin Larsson has devoted much interest to studying people’s preoccupations with collecting as is evident from the title of this exhibition. In the history of collecting, glass has something of a special position. Collecting can turn up in anyone’s life more or less consciously or in a more structured process that we can share at museums and other public collections. An essential difference between the private and perhaps sporadic collecting and public collecting would seem to be claiming that the item represents a truth and a joint historic narrative. An ambition to turn the collection into part of a collective consciousness (at times merely invented, sometimes with greater veracity) that the object has its origin in the cabinet of curiosities or Wunderkammer that followed in the footsteps of early colonialism which Kristin Larsson, in her praxis skilfully relates to.

Even if, today, museums have developed various critical methods in order to deconstruct previously established notions, the ambition to structurize and formulate some form of knowledge and of collective narratives that have still lived on in method in our times. But whose truth are we concerned with and which truth is it that the museums promote? Thanks to these critical approaches, which are nowadays conducted both in museums and in the praxis of individual artists, we realize that the same item can be understood and interpreted in totally different ways depending on different points of view in history, identity and context etc.

If these critical approaches can help us to understand that we, with our gaze, to a degree can actively contribute to reproducing both concepts and interpretations that we, specifically, from our horizon regard as being true we shall, hopefully, gain a better understanding of other points of view based on other experiences. We can understand and respect the fact that other may read the specific object in a different fashion and perhaps be able to describe them differently.

A natural way of understanding a concept like transparency in Kristin Larsson’s work is to consider the material qualities of her glass. But since she also points to how, in our contemporary situation as well as in history, we have produced and reproduced the “concept of truth” this also arises in a different type of transparency. A species of conceptual transparency which in her glass installations can be allowed, for a moment, to float and to find itself in a speculative condition. A sort of “glass mass” of ideas and concepts in which everything can be rigorously tested before it is finally formulated in the absolute hardness that characterizes both the glass as ideas and concepts that have been used historically and that are used today in order to establish cultural groupings and concepts. This may well be one of art’s universal functions, but it is all the more evident in Kristin Larsson’s way of working with objects and installations in constant and intimate dialogue with history.

Another distinct element in Kristin Larsson’s praxis is her constant search for the materials’ artistic expression as well as in the dialogue between the materials. In open experimentation with the materials she lets them freely formulate themselves based on their own situations (in opposition to our preconceived notions about them) which leads to new and unexpected forms of expression and material dialogues. In this experimentation it is precisely her confidence in using her materials that is a precondition for being able to let the materials’ own intentions act themselves, rather than through manifesting her craft skills by controlling the material. The result of this experiment is sometimes reminiscent of geological processes that include phenomena like gravitation, heat, gasses, pressure, etc. Certain of Kristin Larsson’s works can be read as naturalia while other objects more obviously refer to culture and history. The dualistic division between nature and culture is partially erased which was often the case with how the objects were presented in the Wunderkammer mentioned above.

Kristin Larsson’s method in her work of relating to history and what we consider to be established truths shows how crafts, in this case glassblowing, sustain a political potential that is often forgotten in the aestheticization that ultimately relates only to itself. She thus becomes an important voice in a new and forceful movement that turns our notions about what glass is and can be upside down. 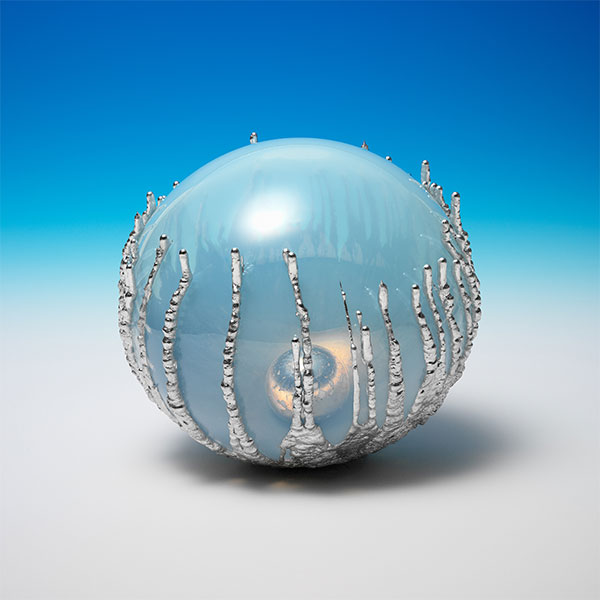 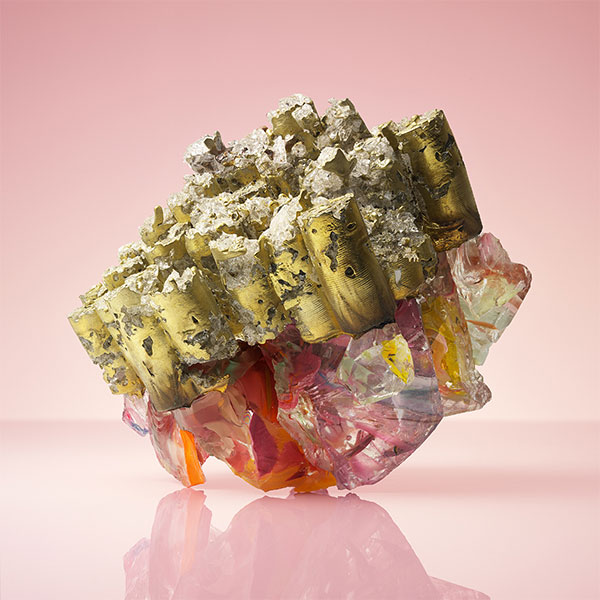 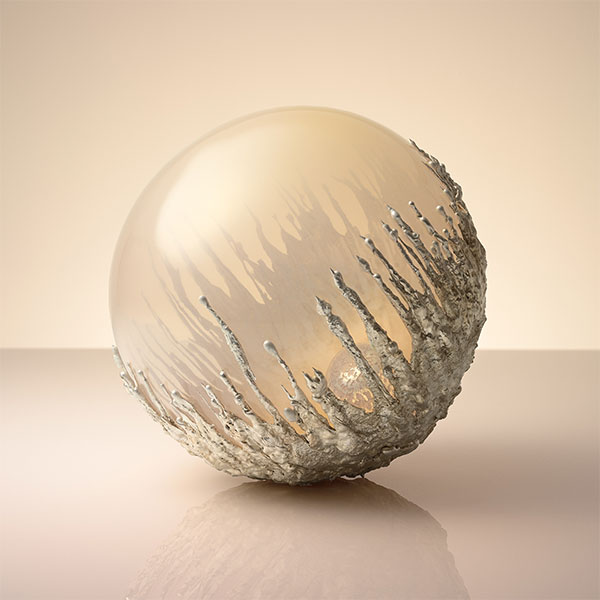 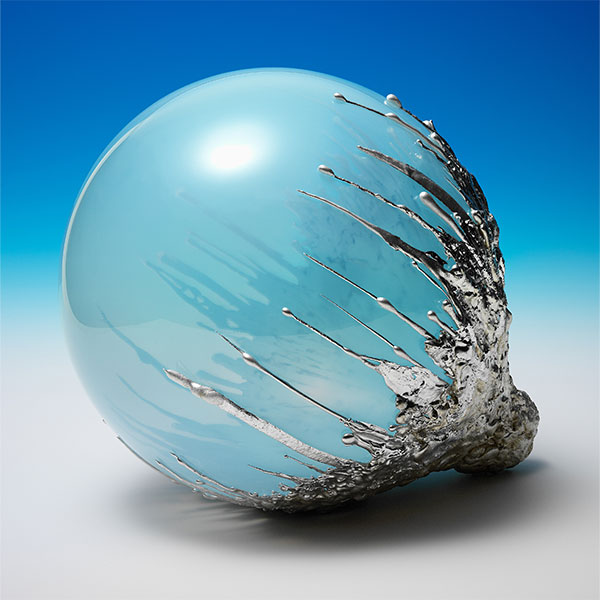 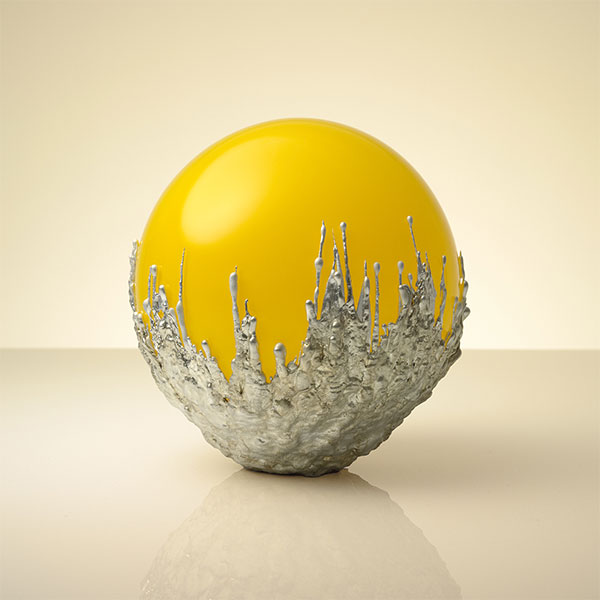 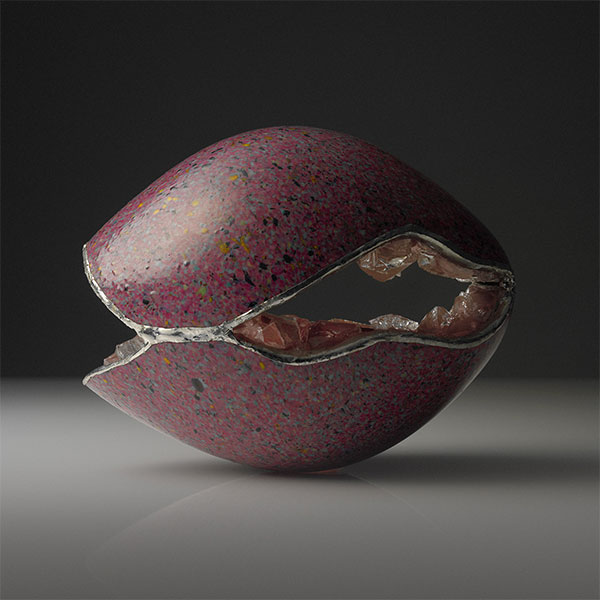 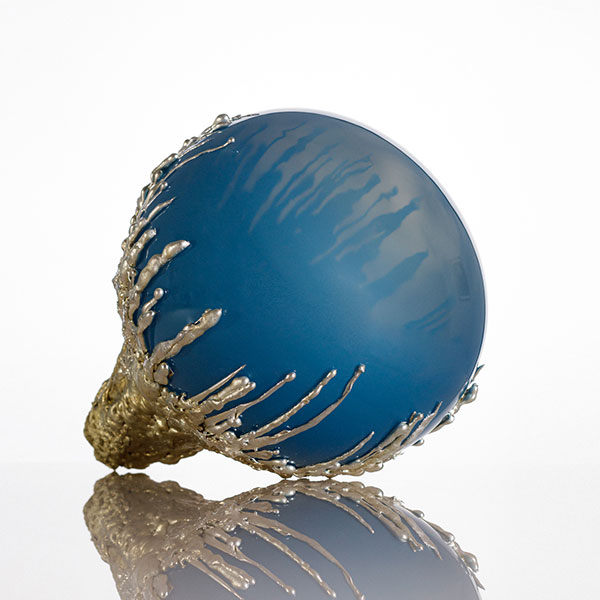 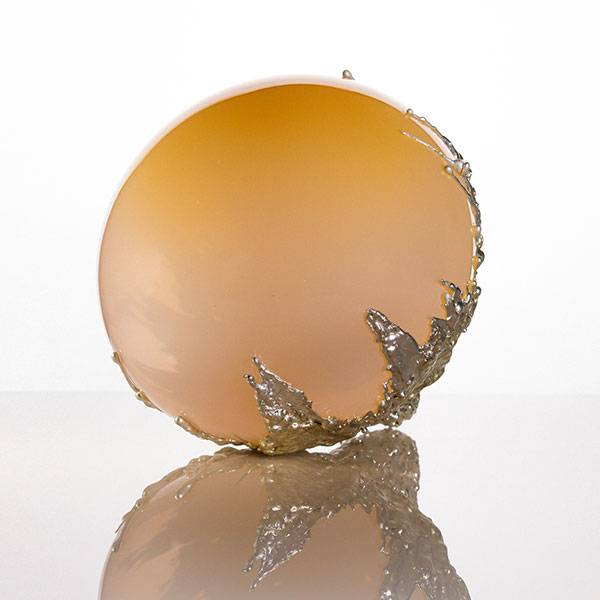 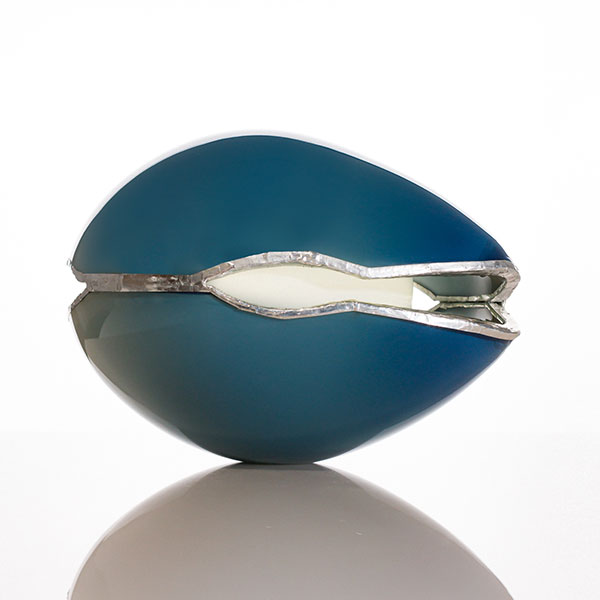 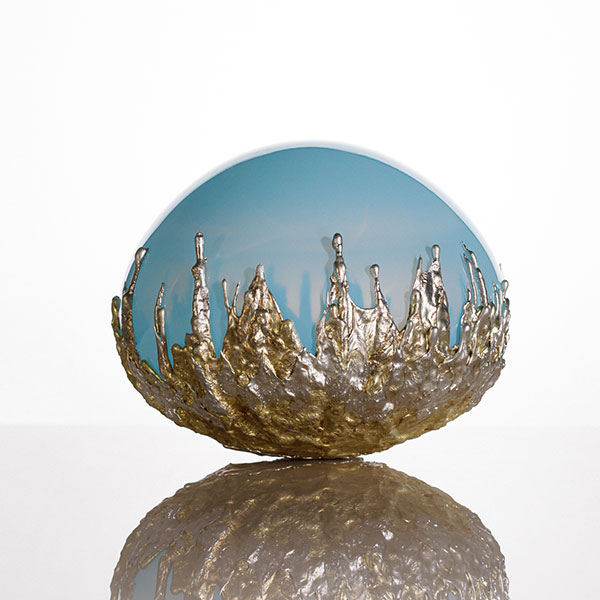 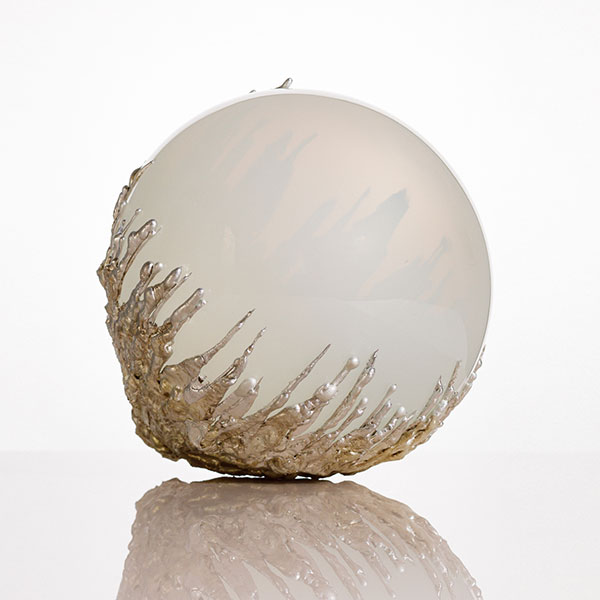 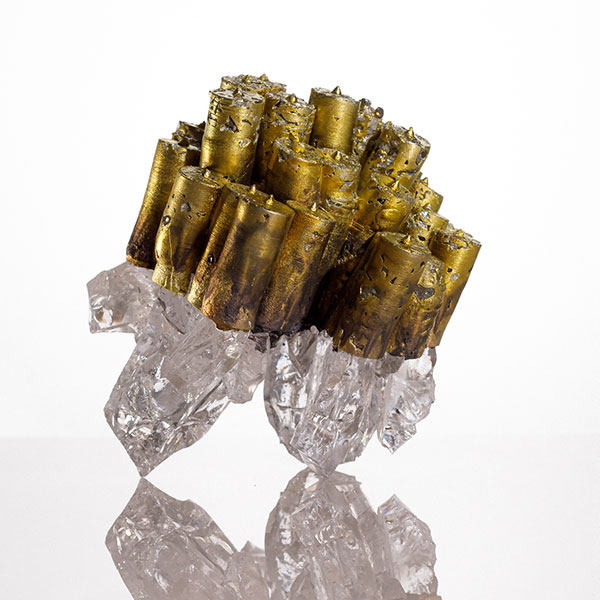 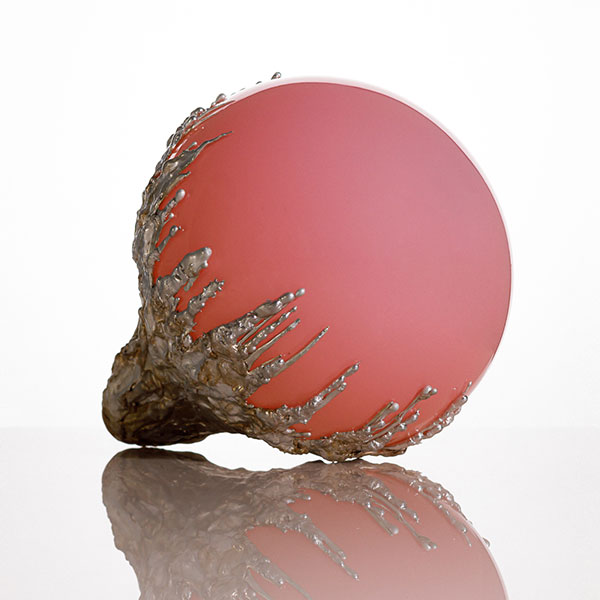 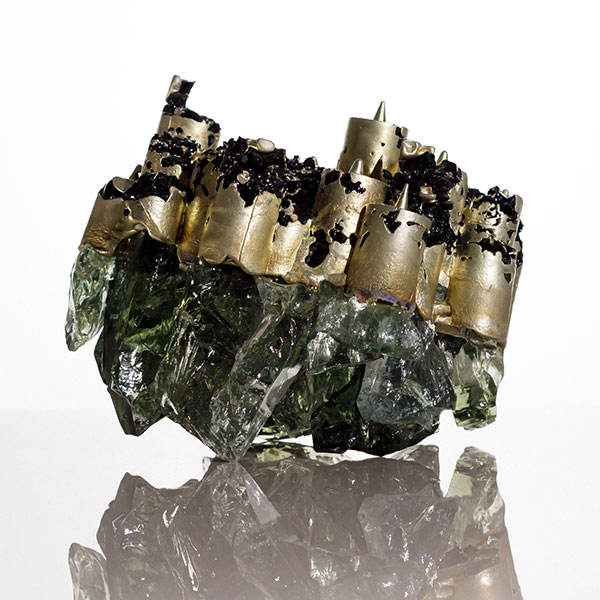 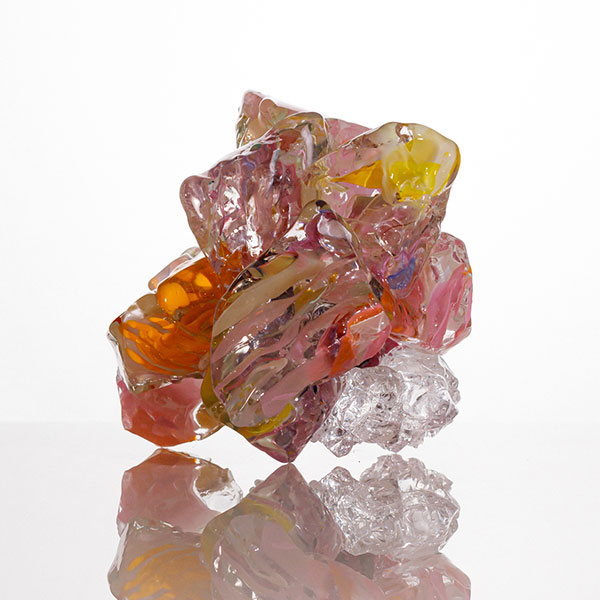 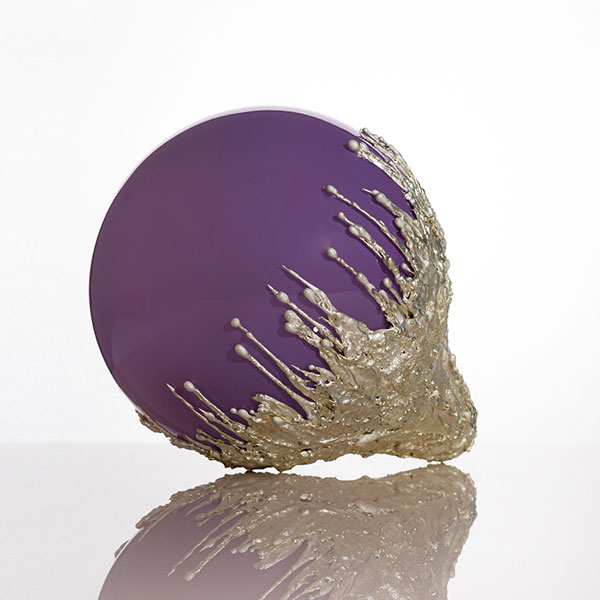 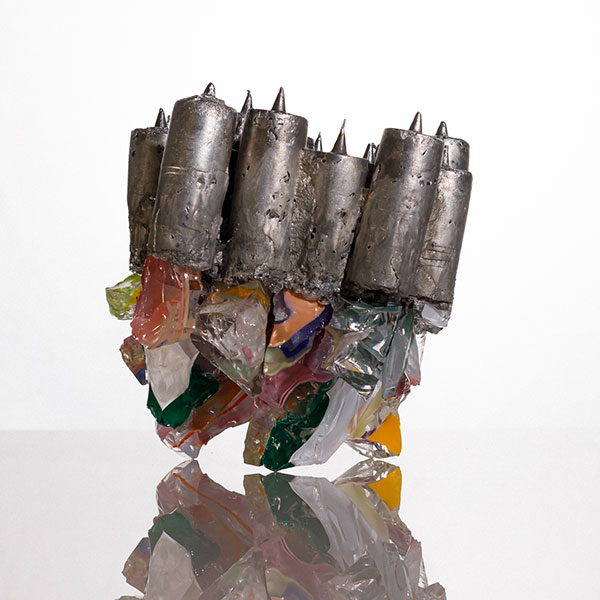 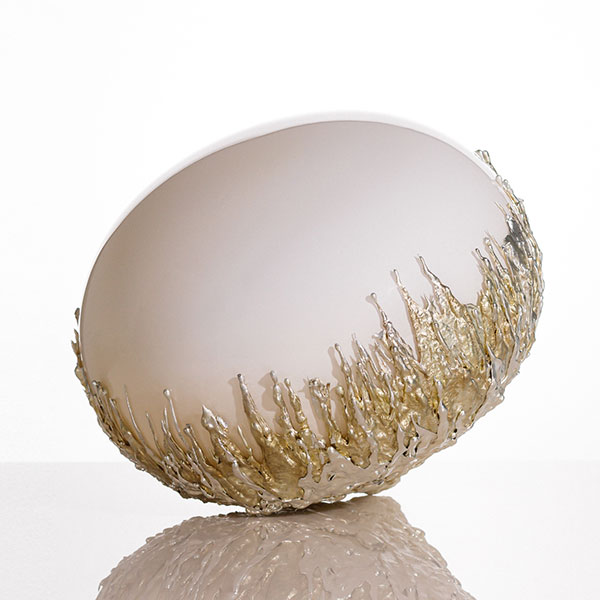 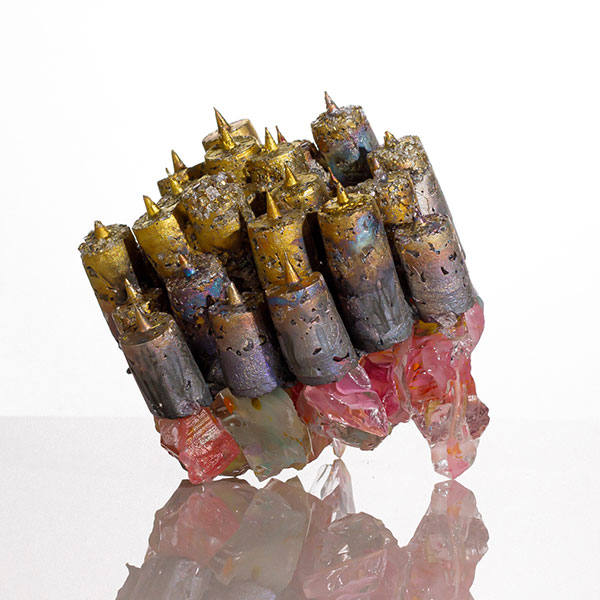 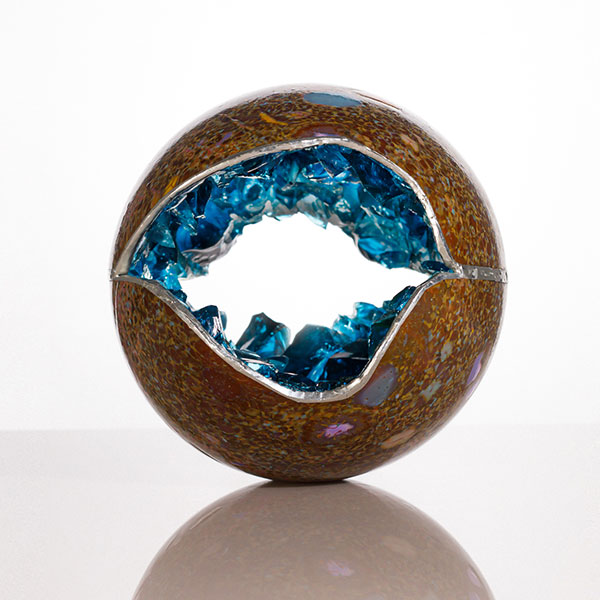 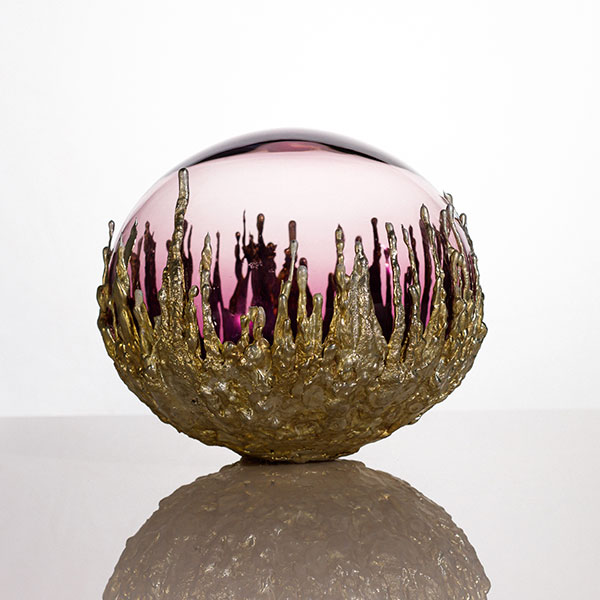 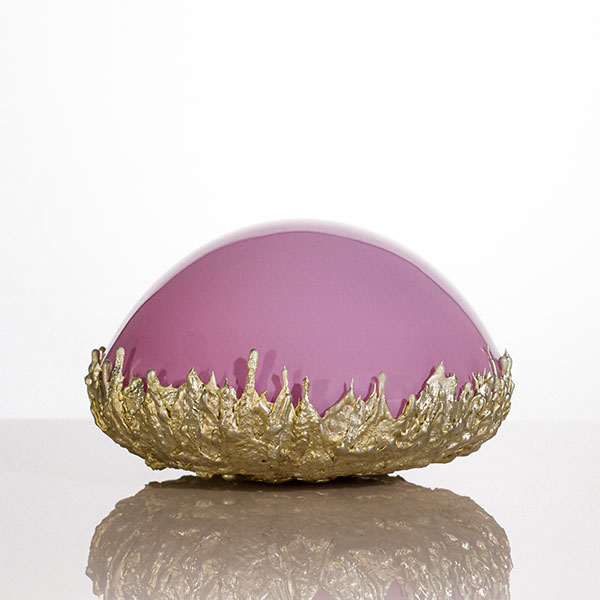 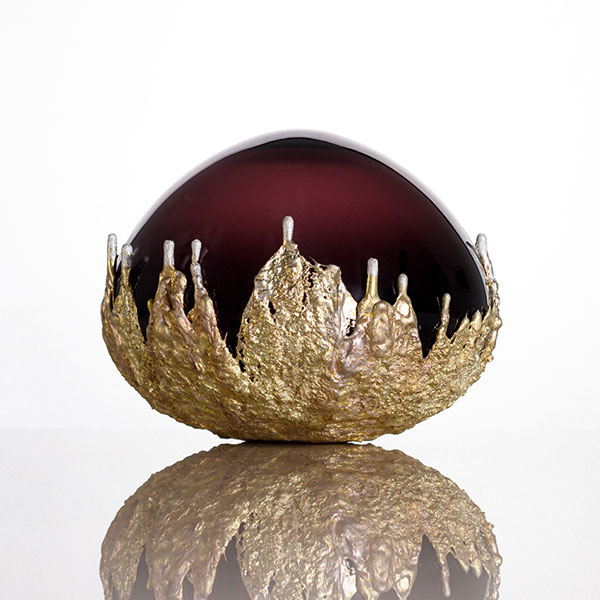 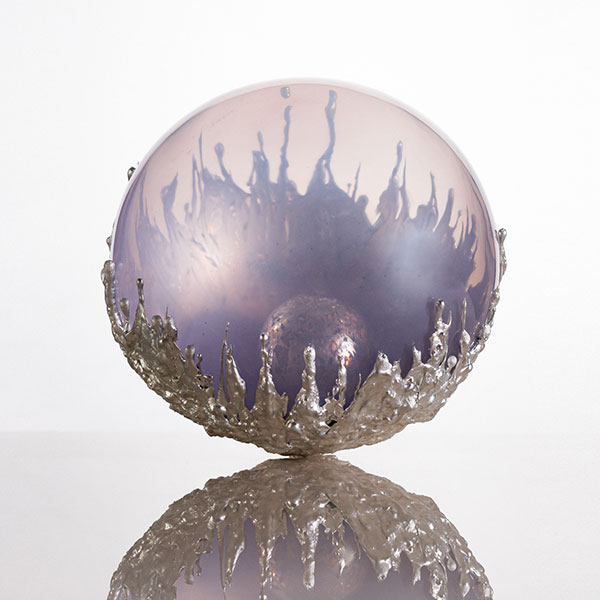 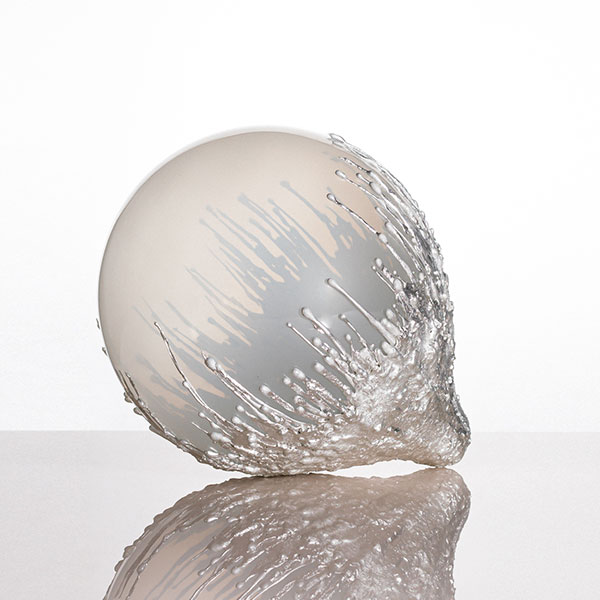 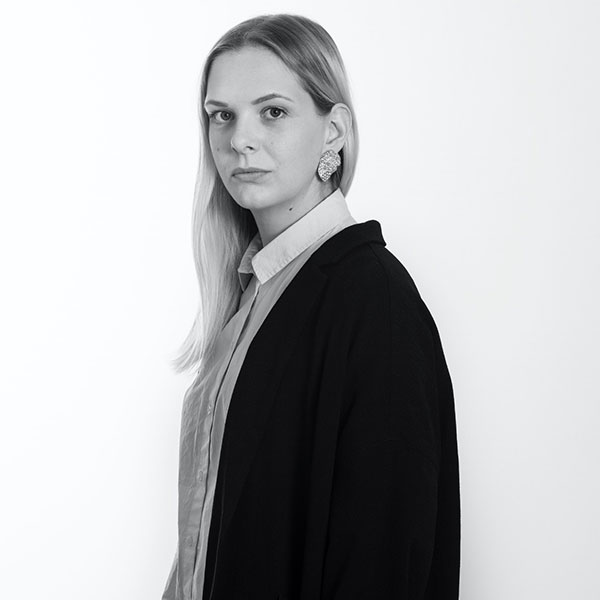