One morning in May, as I turn the corner of Mäster Mikaels Street, the song of the blackbird echoes down the lane and a light breeze carries the scent of lilacs. I reflect on the sensation of spring and on getting to experience it once again. For a moment, time stands still and nature seems untouched by all threats. Through a warped gate, across a lustrous yard, and up a steep staircase I reach Ann Wåhlström’s studio. Ann’s work frequently embraces nature, permitting the glass to freeze selected moments. It may lean toward the abstract or it may be quite figurative, in the actual style or as a decorative element. On this particular morning, the studio is piled high with large bubble-wrapped packages, each one labeled with a little photograph of its contents. They have just arrived from the US after an intensive work period at the public glass studio at the Museum of Glass in Tacoma, outside of Seattle. Some of these new objects have been unpacked and fill the room with reflections of the sun. In August, they will launch the autumn season with the exhibition Mirror at Galleri Glas in Stockholm.

TH. I get the sense that you have deepened the theme of your last show at Galleri Glas in 2017.

AW. Yes, I felt that I wasn’t completely finished with my theme. When you work the way I do with art glass for periods of time, and with an established team in the US, you can’t let too much time pass between rounds. The first show with this theme was Lines at Galleri Mårtenson & Persson in 2016, which was early to welcome craft. The next show was Stones and Vessels at Galleri Glas in 2017, and it was a further expansion from there. Now as I return with Mirror, I’ve let the theme be a reflection of itself, which has allowed me to take it yet another step further.

TH. What is the process of deepening a theme?

AW. For me, it’s probably a gut feeling. I don’t sketch continuously; instead I return for periods and I do so quite suddenly, as I’ve always done.  I knew I wanted to go further and stylize the expression and I’ve continued to use Canes and Murrini, the glass rods and mosaic pieces that ultimately form the actual patterns. They are made in advance, based on the sketches, and I arrange the various combinations for each object before they are applied in the hot glass. It’s gratifying to see the result emerge on the pipe and to realize how endless the possibilities really are.

TH. Tell me about your work team in the US.

AW. For me, it has been crucial to find the team at the glass studio at the Museum of Glass in Tacoma – Ben Cobb, Gabe Feenan, Sarah Gilbert, Courtney Branam and Darin Denison. And in fact, I had the same good fortune to work with a great team at Kosta. In Tacoma, each member is a glass artist, but they are also all passionate about being part of a team where everyone has a special role for everything to function optimally. It is also a way for them to develop their techniques. Indeed, an entire glass region has emerged in the area around Seattle that is as powerful as Murano once was. But they also invited masters from there, who have shared a great deal of their skills. Lino Tagliapietra, who has become a role model for everyone, was among the first to come already in 1979.

TH. Have you developed the technique this time around?

AW. I rely on the team entirely, on how they interpret my sketches and perceive what has to happen to achieve my intentions. At the same time, we have a fully open dialogue. I knew I wanted to go further and combine the graphic expression with something more organic. Everything is very carefully prepared, down to the smallest detail. Work sessions are very intensive, so it’s important for me to be 100% focused and able to decide when I’m satisfied at just the right instant. Ideally, we can make up to 10 objects per day.

TH. I see you have used a new shade of green, as well as silver. What was your thought process while sketching this time around?

AW. Before the last show, I looked a lot at stones and seaweed on the shoreline of Gotland. Everything was green and the reflections on the surface of the water created a sense of silver, but I chose not to use it at the time. The stones emerged then and they are still part of it, but they have grown in volume. The green returned during a walk across the moss in the forest of Wanås Sculpure Park. And I’ve also included the silver from the water’s edge from Gotland.  I often find that I’m inspired by the technique and working with the team, but preferably, I want to let go of the notion that I’m actually trained in blowing glass. My sketches also mean more than one might suspect. They are intended both to inspire and to guide the team. They get the sketches well before we start working, and the stack is huge – it suits me to sketch quickly and always wet-on-wet, just like we did in Waldorf school, so the pile grows fast. Then when I eventually get to see them in three-dimensional form, the circle is closed.

TH. You came into contact with glass art early and have never let it go, despite lots of assignments for the design industry. How did that happen?

AW. I took a six-week course with Dale Chihuly at the Pilchuck Glass School in the summer of 1979. Studio glass in the US was in its infancy at the time, and coming from the glass school in Orrefors, I could see that the other participants weren’t great at blowing glass. On the other hand, they were full of ideas and were more enthusiastic. I think meeting Dale was crucial. He invited me to the Rhode Island School of Design (RISD) in 1980 as a special student for six months, and has always been generous and giving throughout these years. When Larry [husband Larry Jasse] and I lived in New York, we occasionally worked with him and were part of his work team, which was both fun and educational. While I was at the glass school, I spent some time as an intern with Wilke Adolfsson in Stenhytta and I learned a lot from him. Over the years, I’ve met people who became really meaningful to me in various ways. Regularly returning to Pilchuck and the region around Seattle, where art glass is so big now, has been important for continuity. The climate there is generous. People share their technical expertise and don’t try to hold back like they do in Venice, where they are more secretive. I like alternating freedom with commercial assignments, especially small-scale production, but I’ve also become quite good at creating my own assignments.

TH. It has taken a long time for us to develop a serious platform for art glass and only in recent years are some art galleries starting to cross the threshold into craft. With your international perspective, what are your thoughts on showing in Stockholm?

AW. It has worked well for me to be able to work and develop my art glass in the US and simultaneously show in Stockholm. Despite everything, finding galleries abroad is tough, which makes Galleri Glas such a long-awaited addition. The awakening of fine art galleries is good too, of course, but they’re still fairly hesitant and unskilled.  Above all, it was the international art fairs and auction houses that began combining art with design and craft. Here in Stockholm, the Örnsberg Auction has made a truly pioneering effort. Hopefully we’ll see fewer and fewer lines being drawn as we move forward.

TH. It has been almost 40 years since we met. You were a special student at the University of Arts, Crafts & Design and Paula Bartron and Bertil Vallien were active there. Do you think about time and how it passes?

AW. When I recently redesigned my website, I suddenly noticed how things had fallen into place in a way that I hadn’t reflected on before. And I could actually indulge in being a little satisfied. I was seriously ill twenty years ago and naturally, I’m grateful to have gotten through it and to have been able to continue working for two decades. I feel sometimes like maybe I’ve been a bit lazy. But when I look back and gain some perspective on what I’ve done over the years, I realize that I’ve actually become a small part of design history. 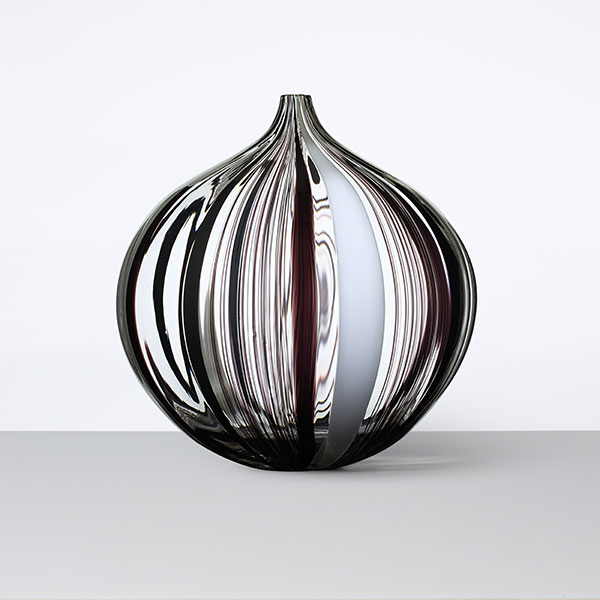 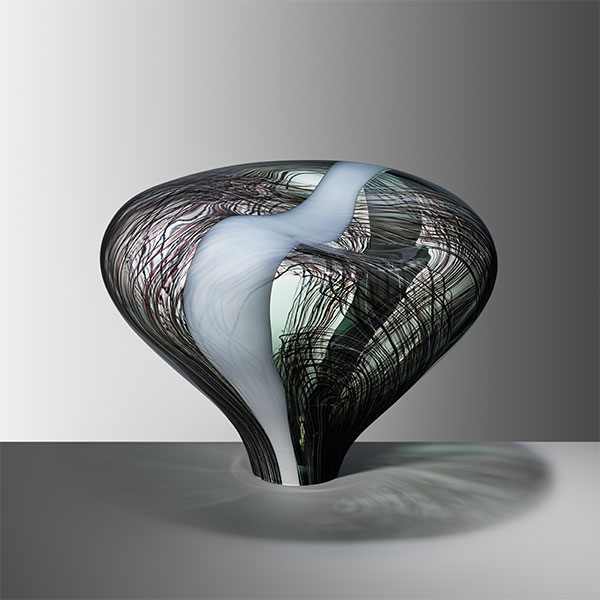 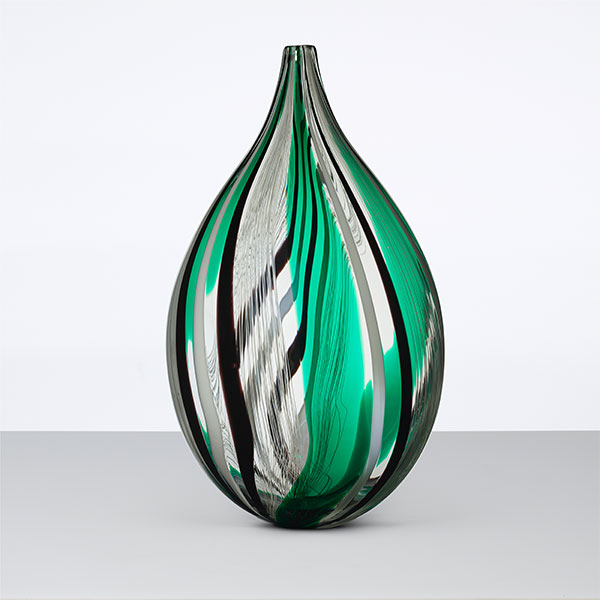 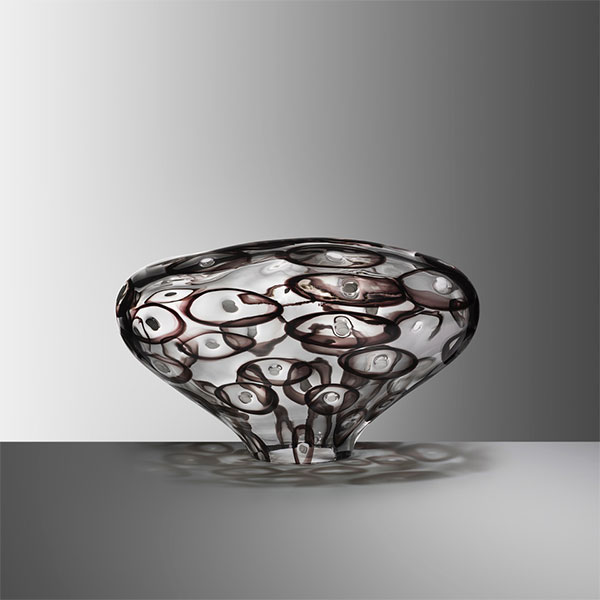 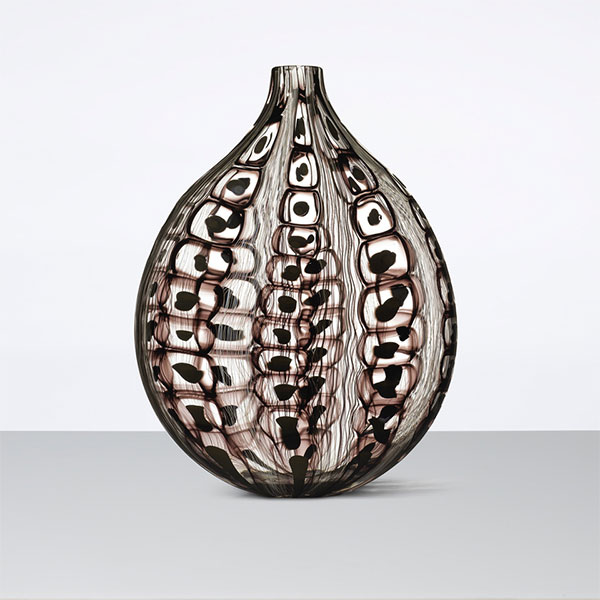 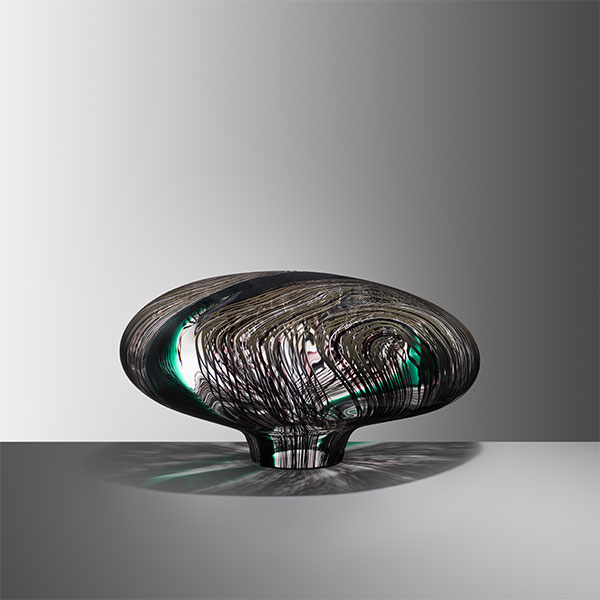 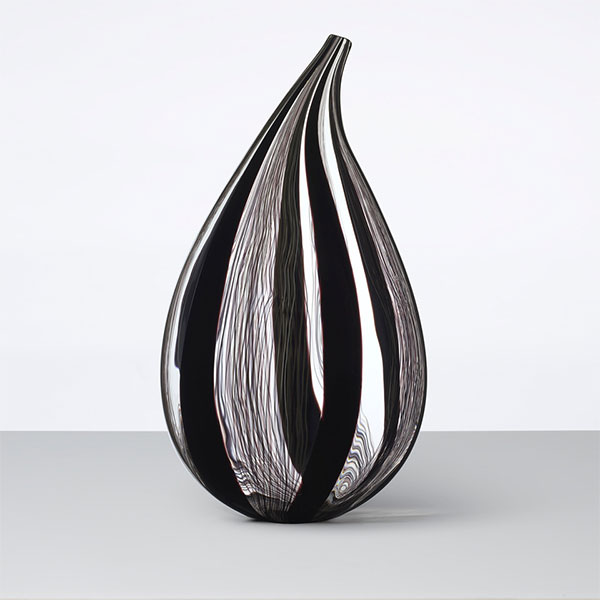 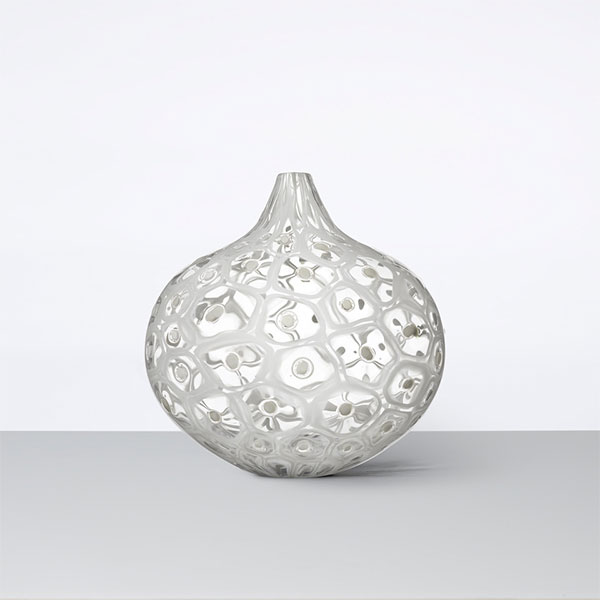 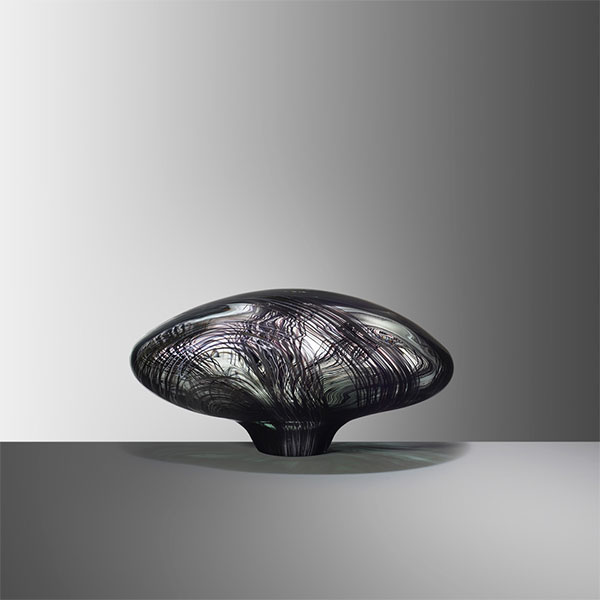 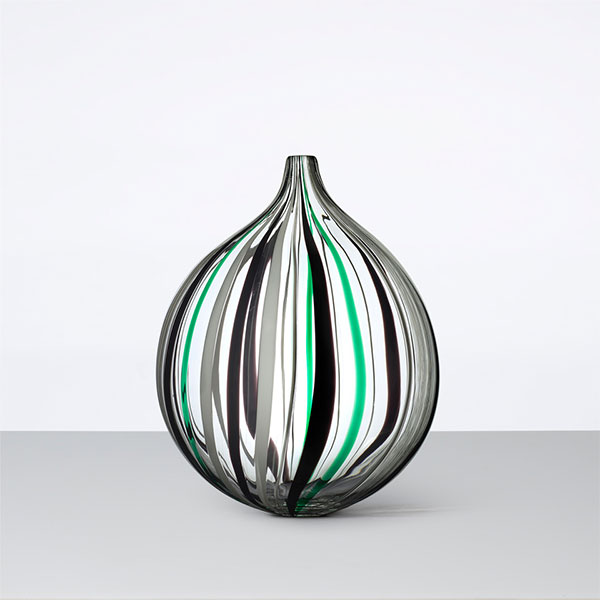 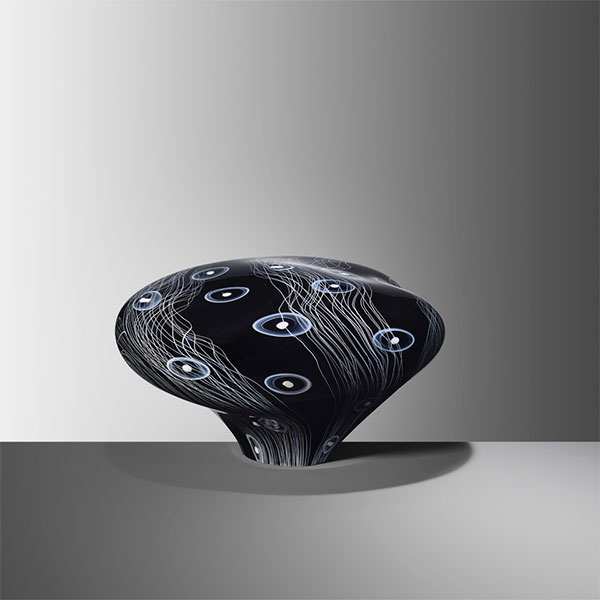 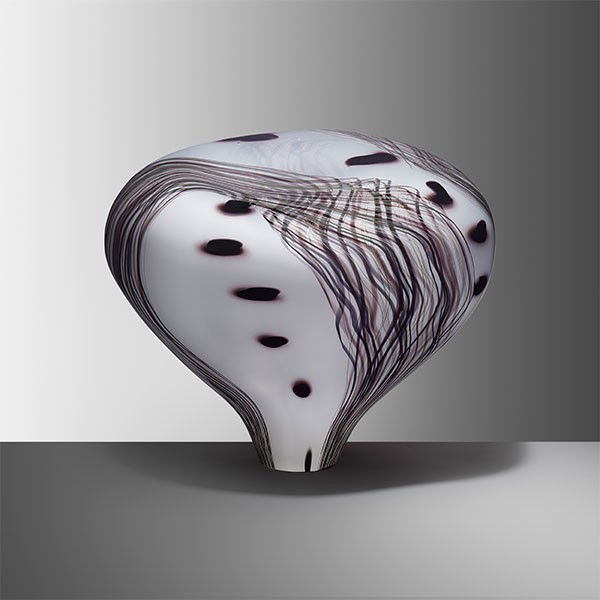 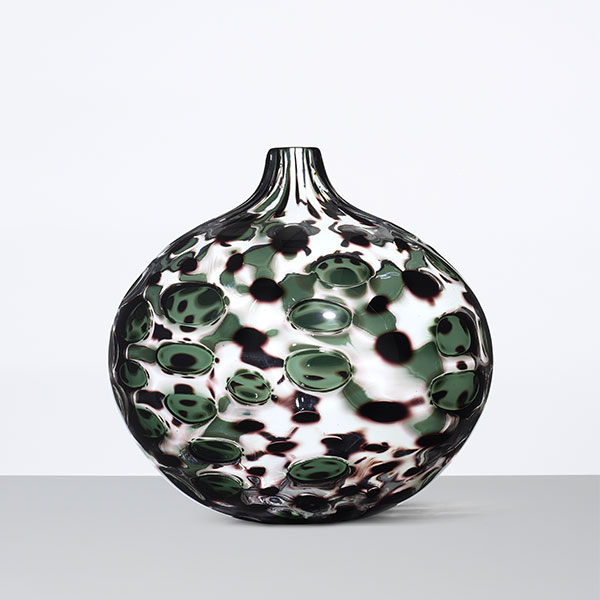 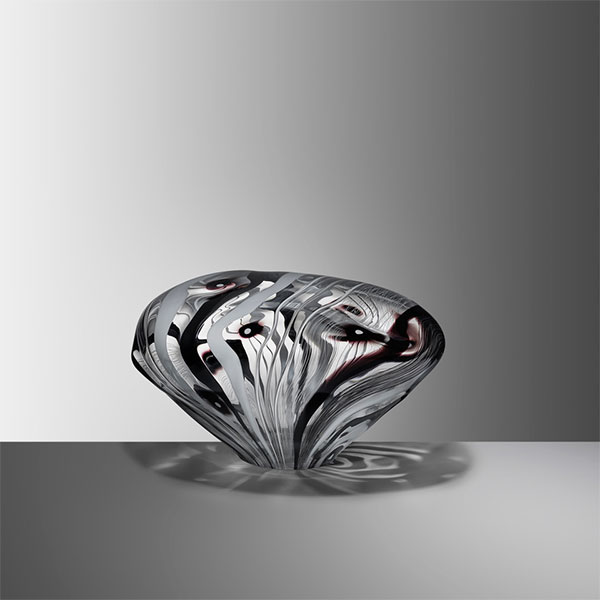 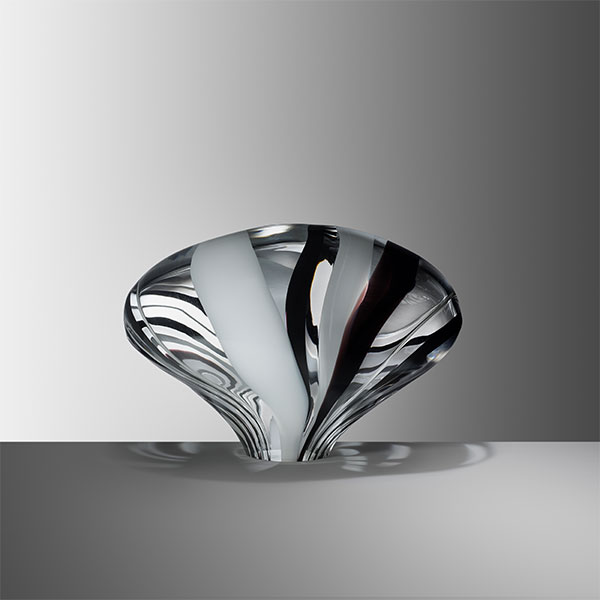 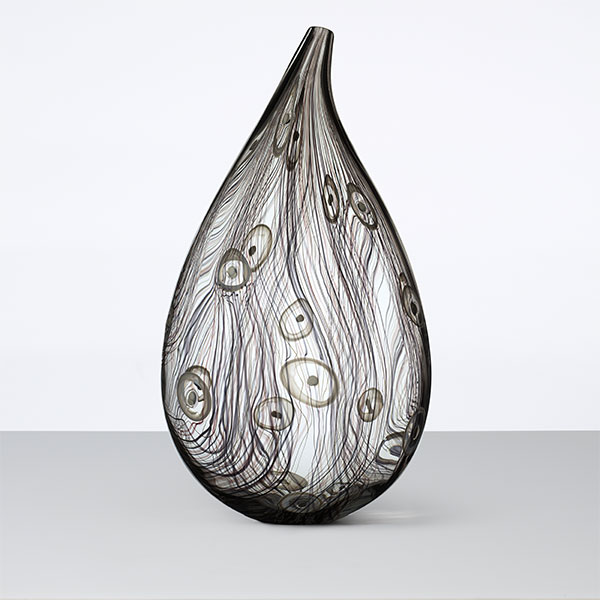 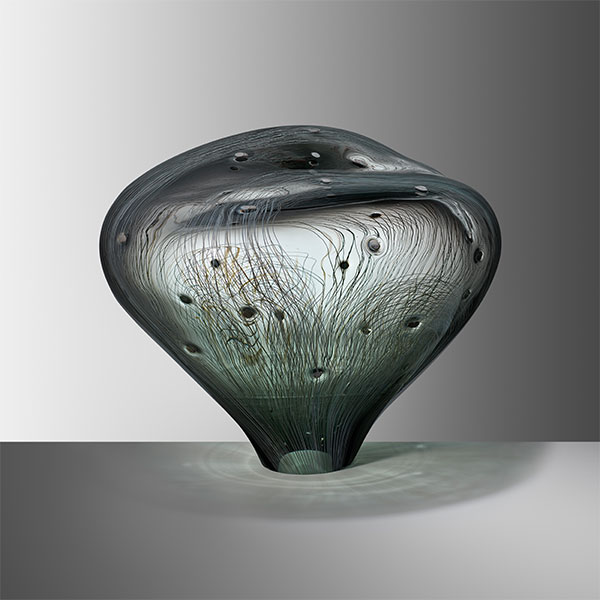 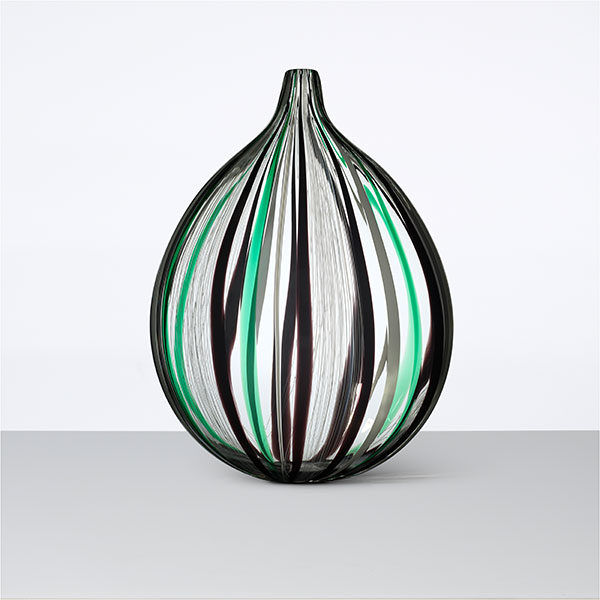 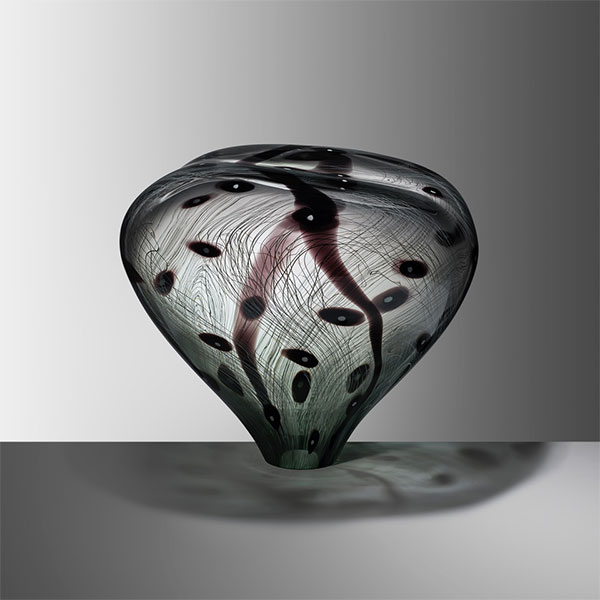 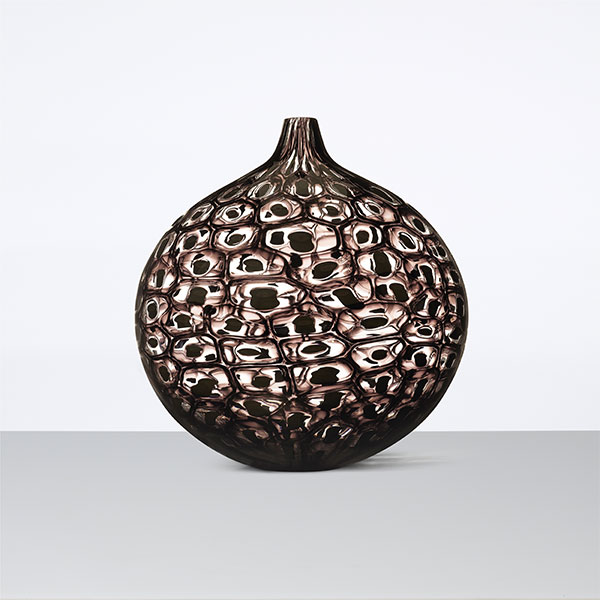 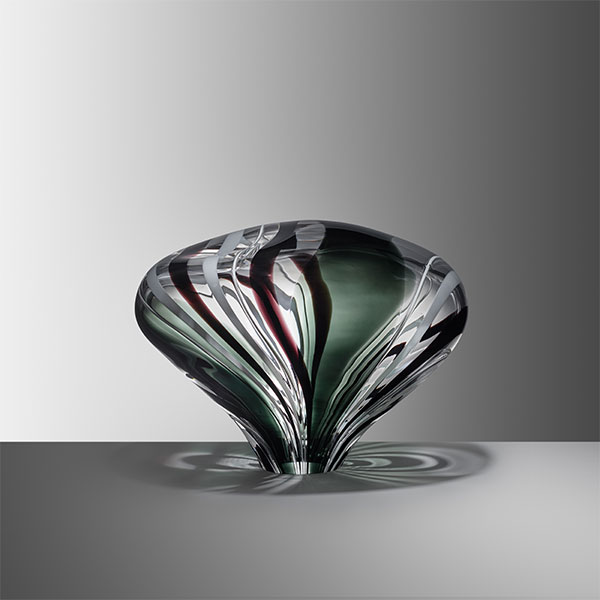 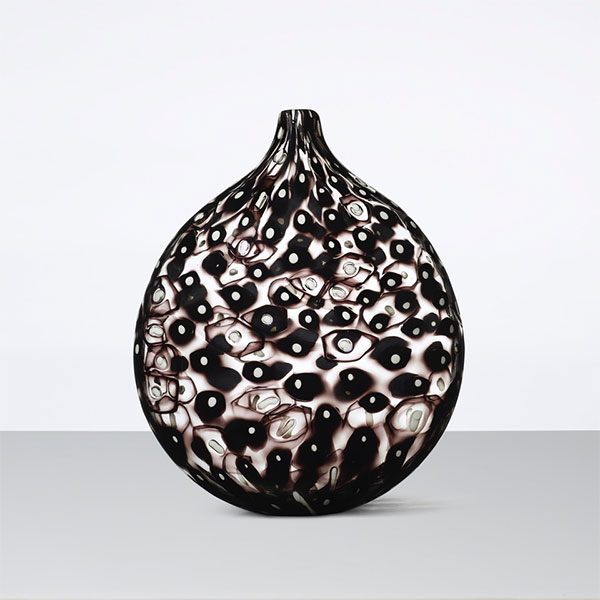 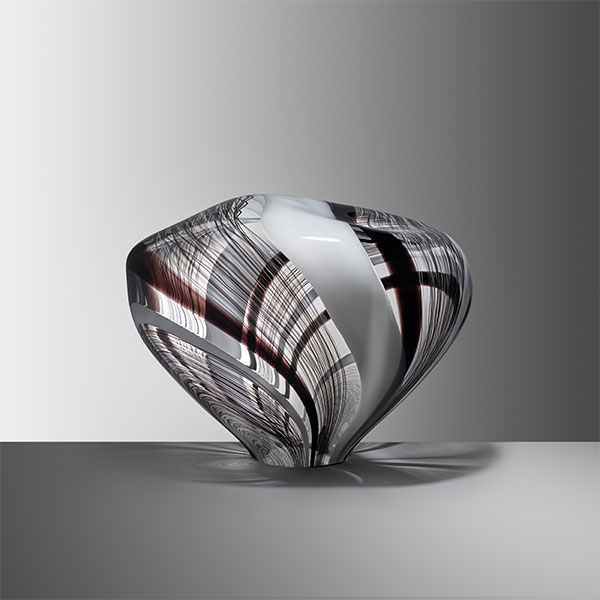 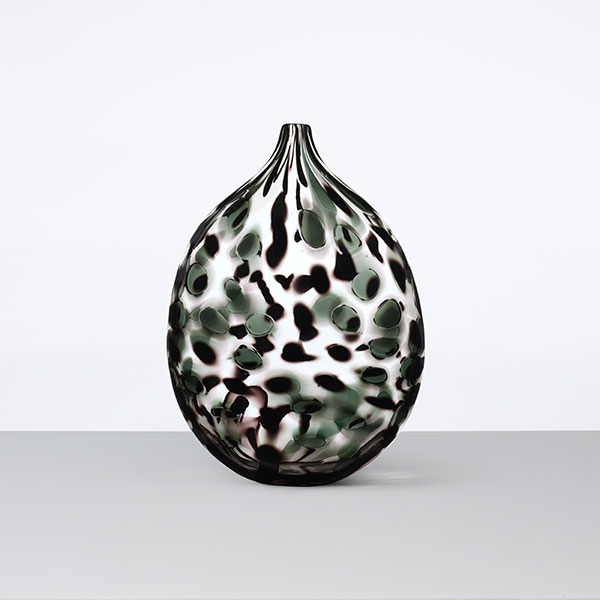 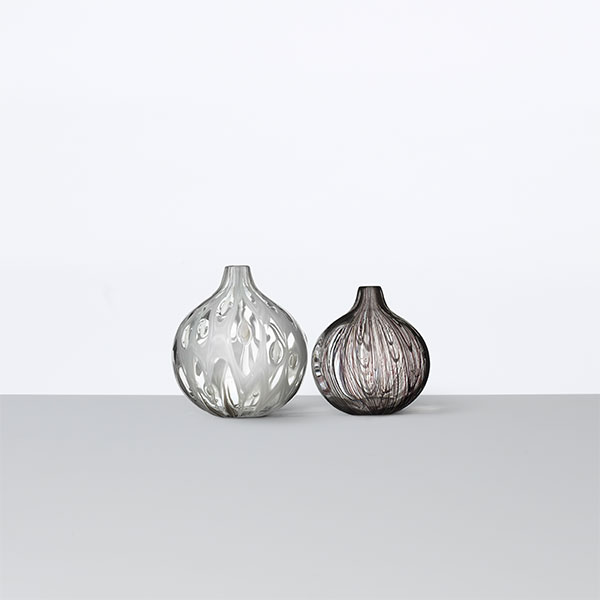 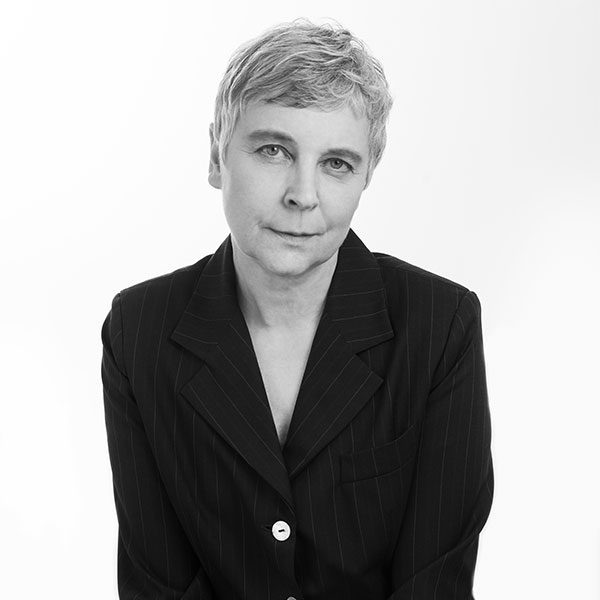