The innate drama of glassmaking, with processes that are sometimes measured and sometimes almost instantaneous, affords Mattias Stenberg interesting new possibilities. Using forms that are derived from a classical typology, encounters between glass, stone and steel he is challenged to experiment beyond his former professional and rationalist context. A different sort of freedom that gives him the right to subordinate function in favor of beauty. To endorse a creativity that shatters the limits of glass art by developing techniques together with the team in the studio and undertaking what seems entirely impossible. Feelings and intuition are the ruling parameters. With them, Mattias Stenberg achieves a contemporary timelessness by letting selectively chosen and disciplined forms surprise the beholder in encounters with different structures which, in turn, are amplified by means of the capacity for light to make the experience multifaceted.

In Mattias Stenberg’s later projects the leading principle lies in the encounters between materials and structures. The scale, both bearing and borne, has been emphasized to a greater degree. Mattias Stenberg calls his collection shown at Galleri Glas Compositions; and the room, the space around the figures together with his fastidious typology is a part of the totality of the composition. His combination of materials leads to a highly personal monumentality. A forceful glass architecture of a smaller size which, in its pure and refined lines,  is timeless in expression, as well as linking up with the tradition that the Italian architect Carlo Scarpa established at the Venini glassworks on the venetian island of Murano in the 1930s. 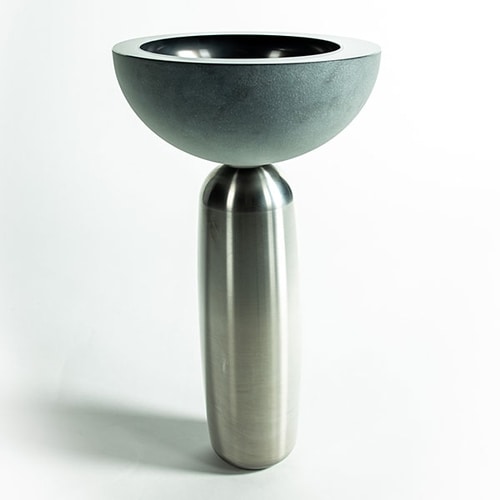 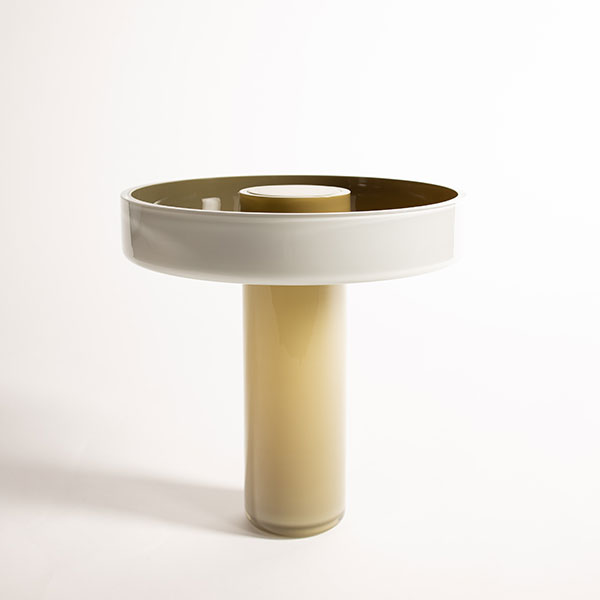 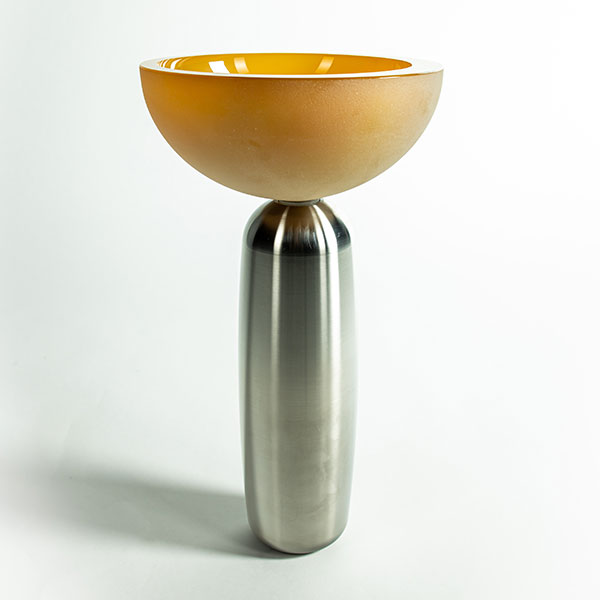 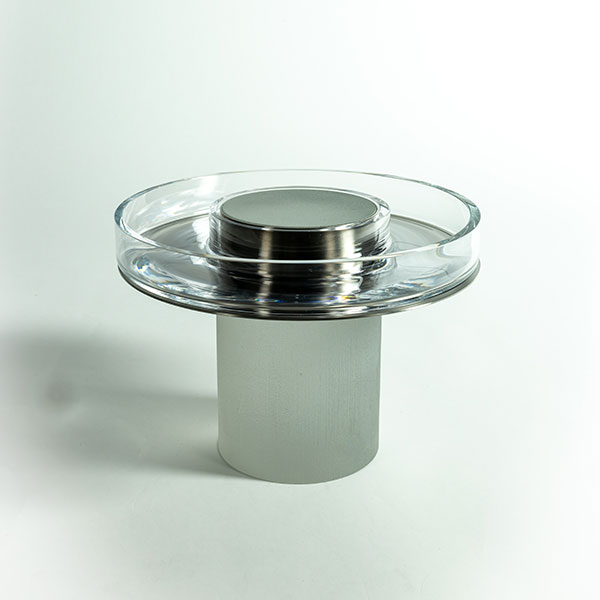 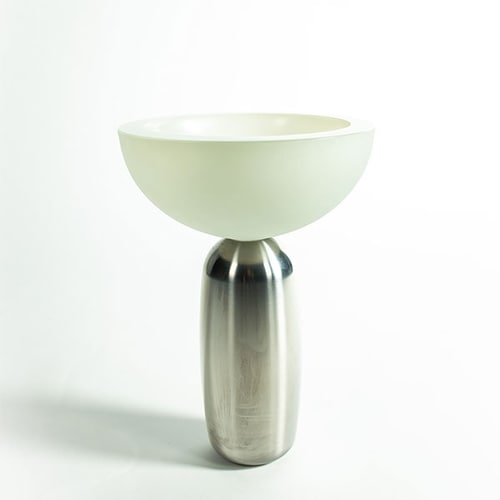 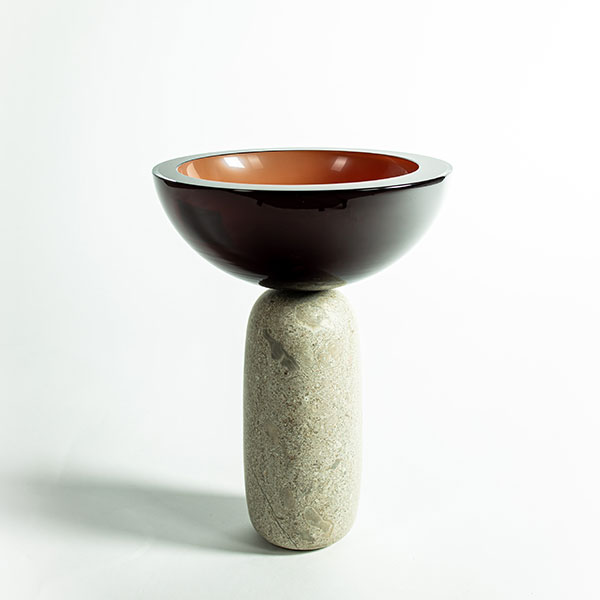 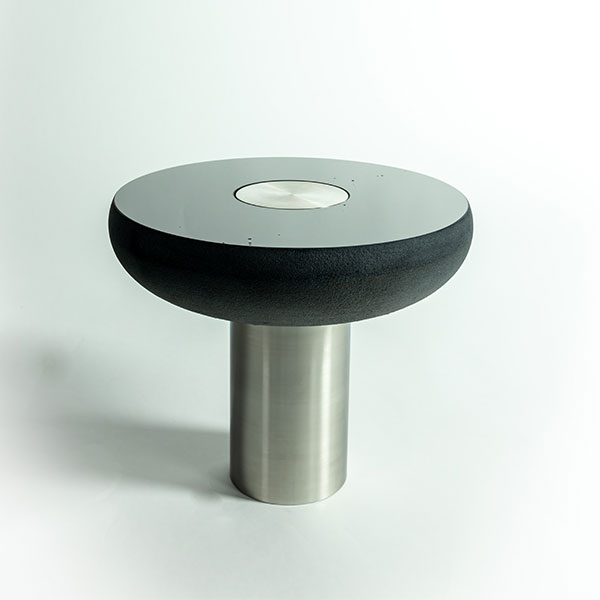 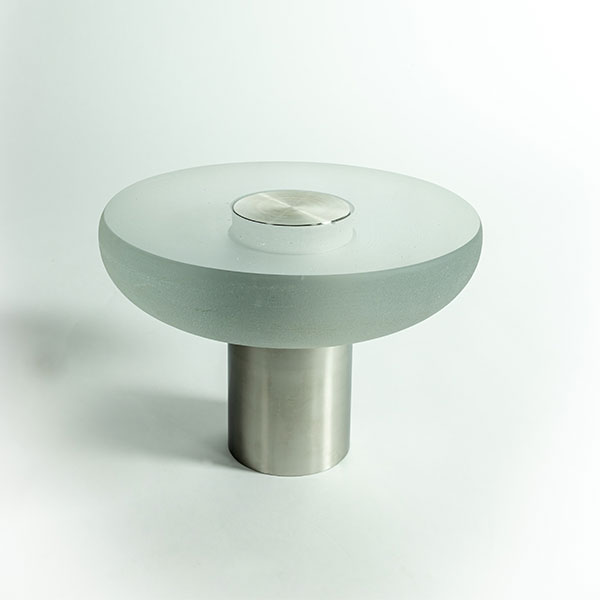 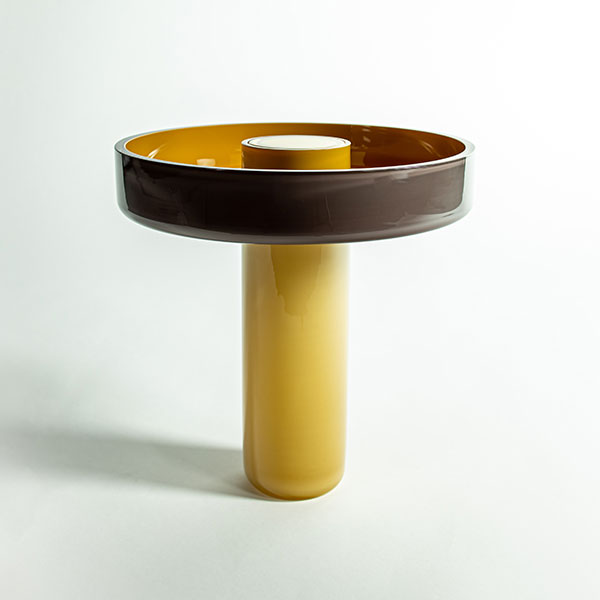 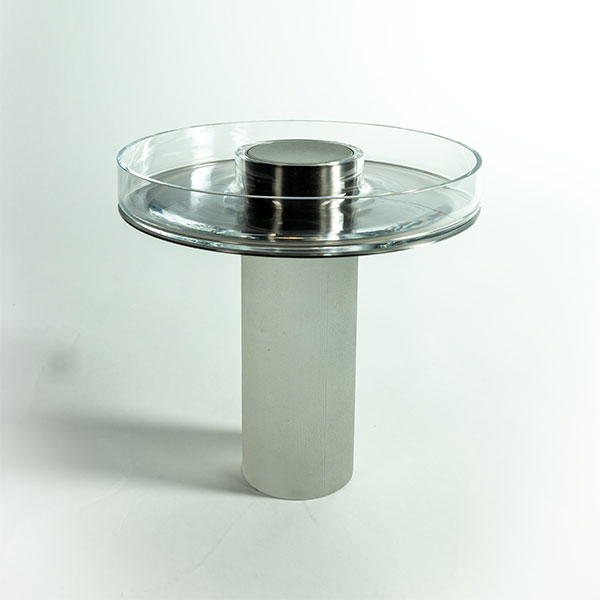 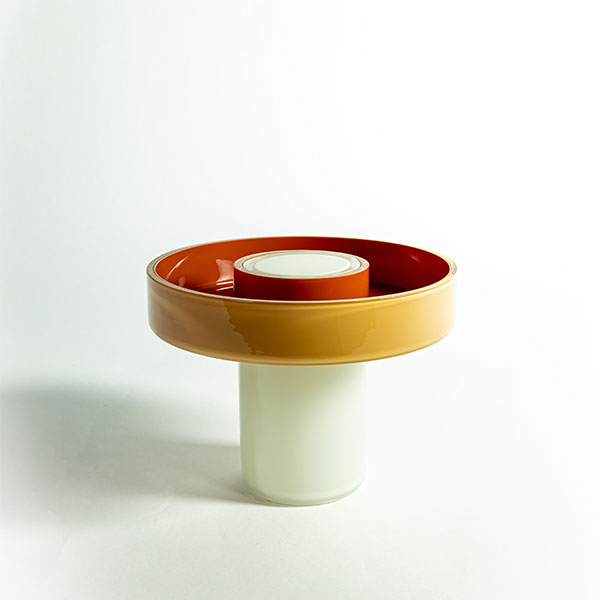 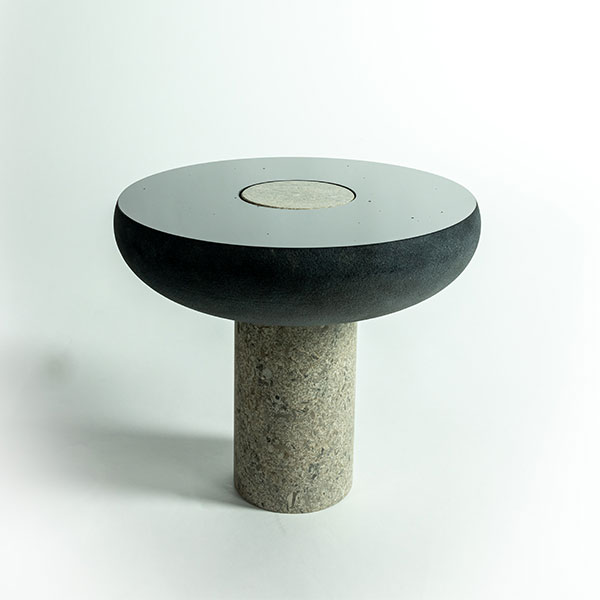 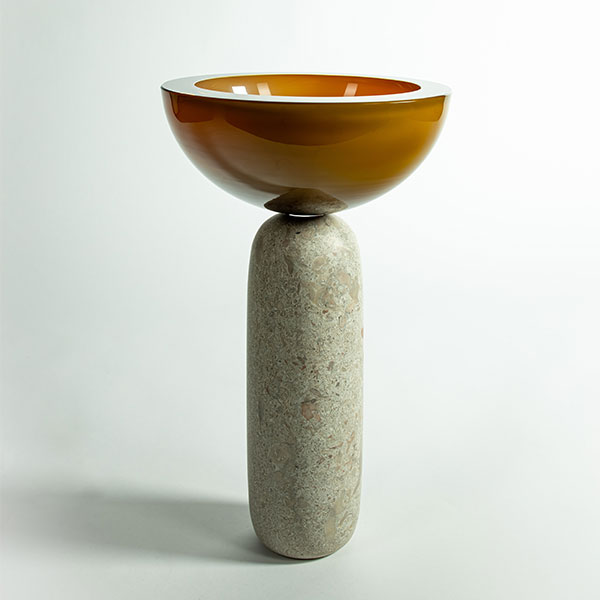 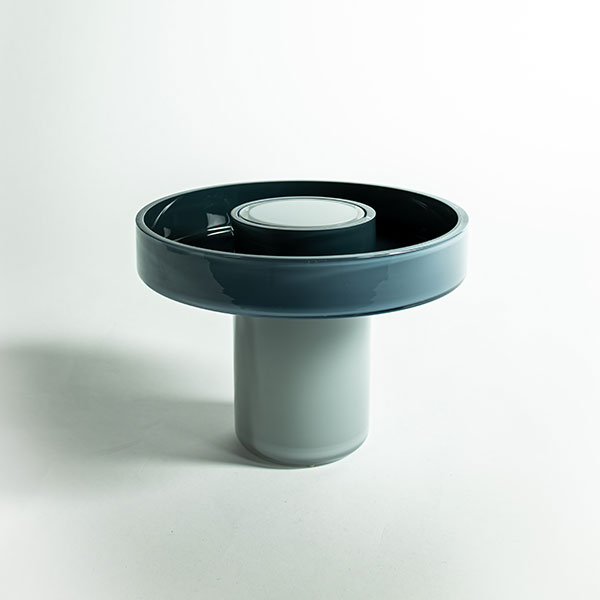 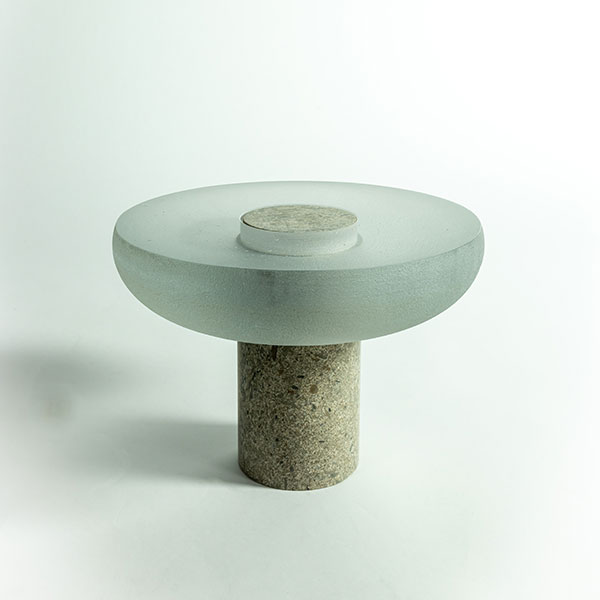 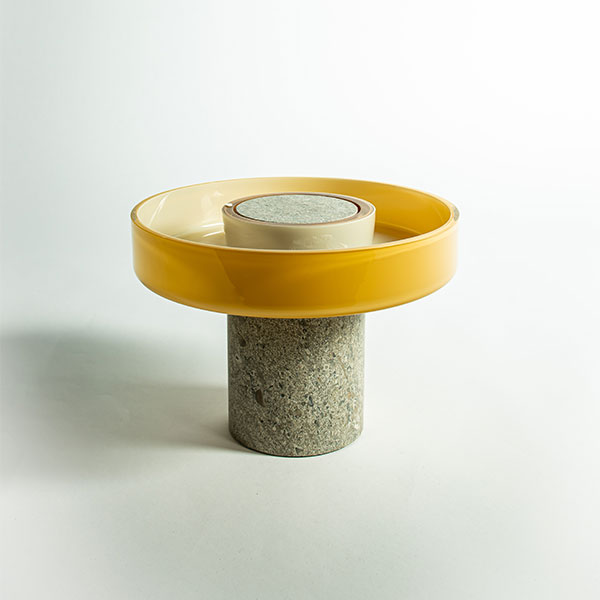 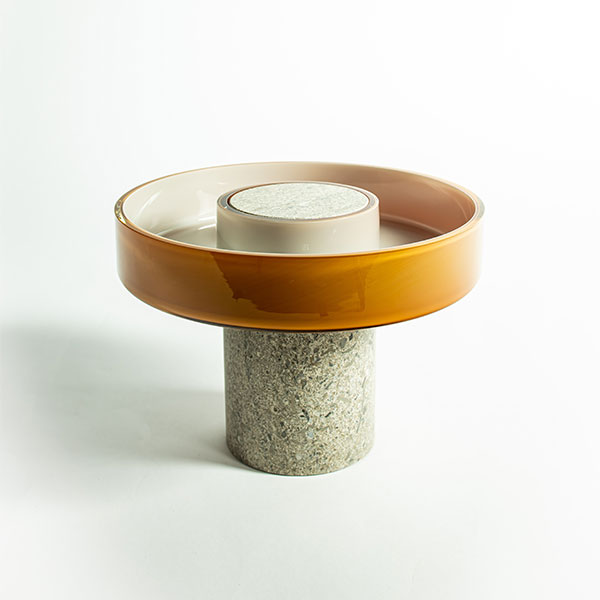 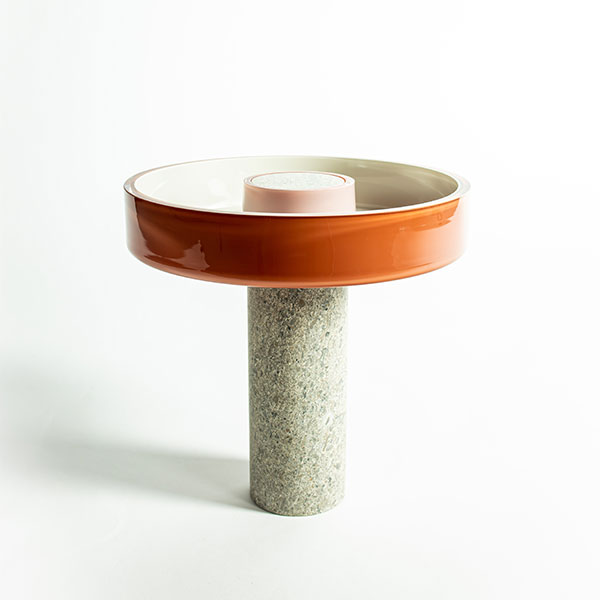 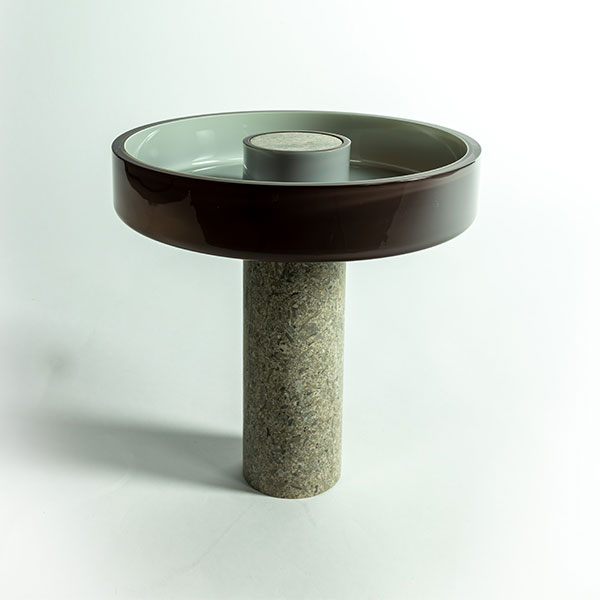 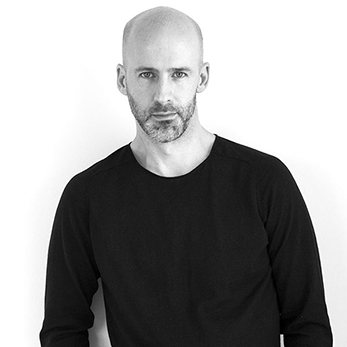