Liu Chien-Kuang was born in 1988 in Kaoshiung in Taiwan, and educated at Taiwan’s National University of Art. All his life Kuang has been interested in design as his father designs furniture and, as a child, he helped his father to build models in wood and paper; materials that he has also used in his art glass. Kuang’s passion for glass started in his teens when he worked at a glassworks in Taiwan. Since graduating in Taiwan he has continued his studies in Japan, Denmark, Sweden and China, working with other artists and designers, and developing his knowledge of art glass. It was while he was studying at the Royal Danish Academy of Fine Arts’ glass academy on the island of Bornholm that Kuang decided to seek a future as a glass artist and designer. In the spring of 2019 Liu Chien-Kuang graduated with an MA from Konstfack in Stockholm. He started working at Gustavsberg. Kuang makes all his glass himself and acquired a reputation at an early age for having mastered some of the most advanced techniques of glassmaking.

Tone Linghult was born in 1993 and grew up in Norrköping. She started studying art while still at school, with a particular interest in life drawing and modelling from a live model. While still at school she was captivated by the possibility of creating bodily forms using fine metal mesh which she lit in order to create shadow play. While attending vocational college she started experimenting with glass and ceramic furnaces. In the ceramics and glass department at Konstfack Tone fell in love with molten glass, and she developed her own mode of expression by combining mesh sculptures with blown glass. With an interest in psychology and how emotions express themselves she investigates relations between people and how we influence and are influenced by our surroundings. After gaining her BA at Konstfack in 2019 Tone Linghult has continued to live and work in Stockholm. 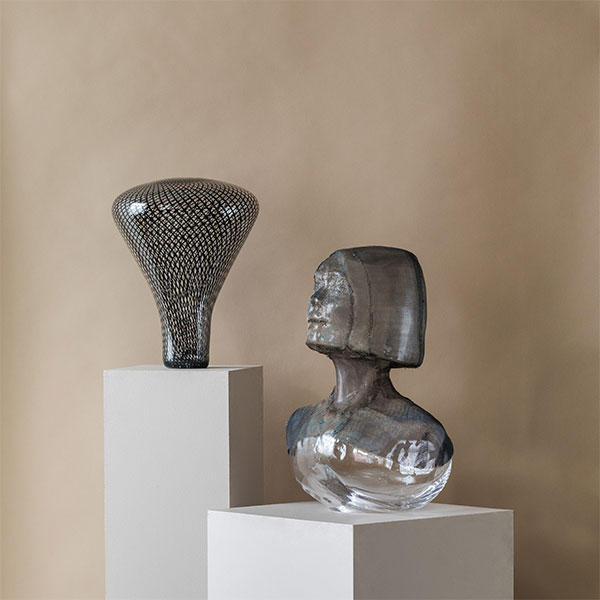