After working for almost four decades, Lene Bødker’s artistic craft has adopted a new focus. She used to make planned and non-figurative work, but since 2014 she has employed an intuitive and listening method. Who are you? is a suite of powerful, painful, beautiful and figurative pieces in cast glass, each with its own personality and identity that imbues the collection with a special significance. Lene Bødker is the recipient of many awards, including the prestigious Japanese Kanazawa Glass Award, the Grand Prize.

Lene Bødker was born in 1958 on the island of Langeland, just east of Funen. The middle of three children, she grew up in a small fishing village. Even as a child, it became clear to her that she would do something different from her brothers. A few ceramists lived in the region, offering a contrast to the tough fishing environment, and Lene reached out to them. Despite her interest in ceramics, Lene Bødker studied to become an office clerk – and ended up in a profession that was far from what would truly satisfy her. So she returned to her origins: at the age of 22, she enrolled in art school and learned weaving, ceramics and drawing. A few years later, she was working as a teacher at the school and living with another ceramist on Langeland.
At the age of 28, Lene Bødker entered the Royal Danish Academy of Fine Arts in Copenhagen, where – acutely aware of how hard an artist’s life can be – she remained as long as possible. She studied ceramics and glass and after six years, she decided to truly get to the foundation of craftsmanship: she spent two additional years learning everything she could about glass, and developing the technique which she continues to use today.
Lene Bødker has been a very well established glass artist for a long time. She has been a guest artist at Illinois State University and has received an array of prestigious art commissions and awards, including the highly prestigious Japanese Kanazawa Glass Award, the Grand Prize 2007. 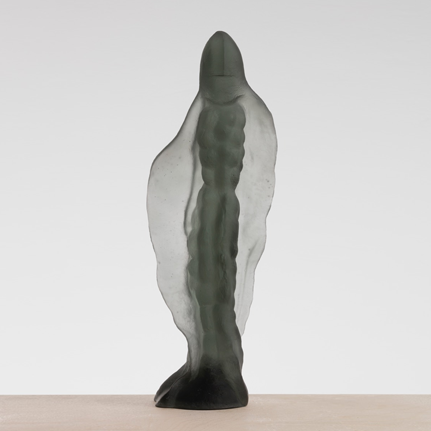